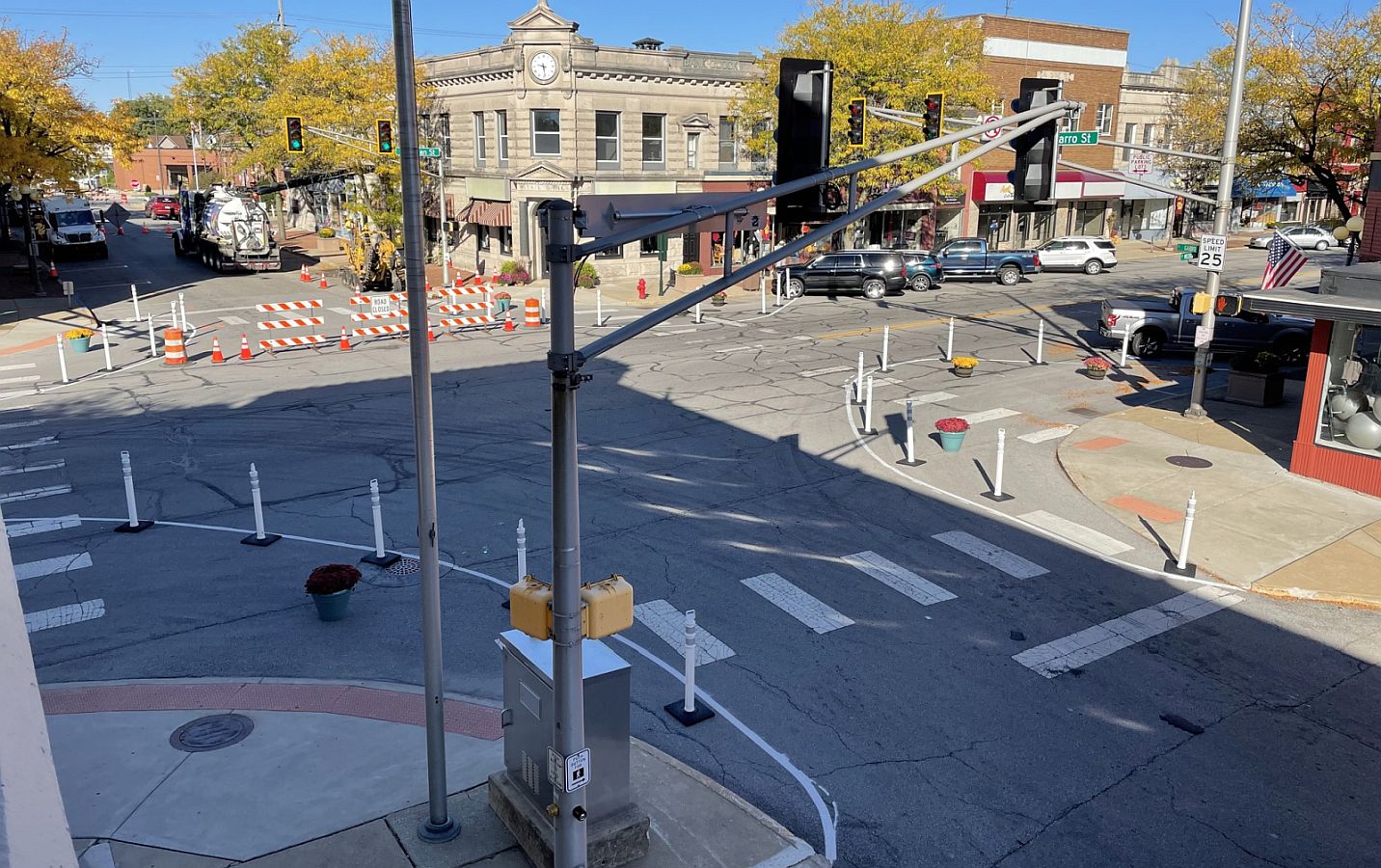 A very successful 2022 Tactical Urbanism season has come to a close and MACOG thought this was a great opportunity to share some of the lessons learned as communities begin thinking about and planning for 2023. MACOG provides assistance and the materials in the tactical urbanism toolbox to implement and evaluate inexpensive, short-term, and scalable projects and how they impact issues like safety.

Warsaw kicked off the season, by creating a section of its downtown cycle track. The project created two blocks of a bike lane with delineators, planters, and temporary striping separating the lane from vehicular traffic. South Bend implemented bump outs at three downtown intersections using delineators, striping, paint, and very large planters. Plymouth closed out the season in October with bump-outs at the major downtown intersection of North Michigan and Garro Streets using delineators, striping, paint, and planters.

One of the lessons learned involved communication.  As with most public projects, communication was an important component of each project, through all phases of the project. Pre-project coordination with nearby property owners and businesses was important in the development of the project. Each project also involved the appropriate city departments to avoid internal questions and confusion. Less obvious, however, was creating awareness with council members and active community members. Building awareness before the project can avoid, or at least minimize, conflict during the project and encourage participation.

MAGOG said post-project communication is a great opportunity for the community to share their valued input during the project. It also provides an opportunity to address concerns raised through the survey.

Public Feedback from the community during the project is arguably the greatest benefit of tactical urbanism. Providing a QR code for each of the projects this season resulted in nearly 1,000 total survey responses. Collecting public feedback has led to interesting suggestions worthy of further investigation or reinforced ideas for project variations.

Regardless of how well the project was received, a very common comment is about the cost of the project. MACOG provides the materials from the Tactical Urbanism toolbox at no cost to encourage communities to try projects. While there may be some minor costs to the community for signage or paint, tactical urbanism projects are meant to have a lower cost to pilot projects before full implementation.

Remember that tactical urbanism is intended to be an inexpensive and short-term evaluation of a project. MACOG’s tactical lending library is intended to support ideas and experiment with solutions.