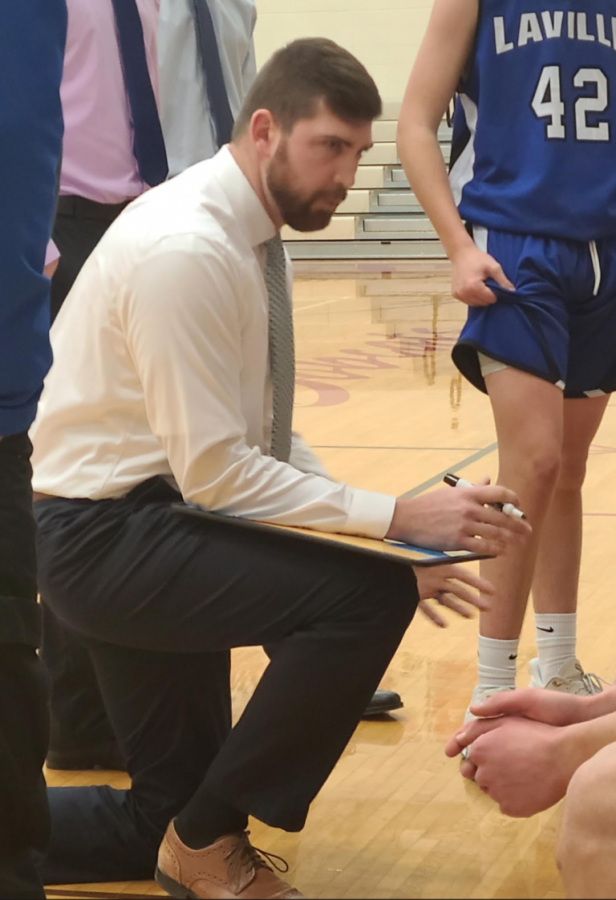 LAKEVILLE — A return back to the Lakeville area and a little bit of timing has afforded 2013 LaVille High School graduate Nicholas Amor an opportunity to coach at his alma mater.
Amor, who played for LaVille Head Coach Michael Edison during his time for the Lancers from 2009-13, has been named the eighth LaVille Girls Basketball coach.
Amor replaces Daniel Pleninger, who coached LaVille for the last three years. Other LaVille coaches include Corey Duncan, Kevin McCullough, Rebecca Carlson, John Willoughby, Denise DeVault, and Karen Kelley. Willoughby is the winningest coach (.568) in LaVille Girls Basketball history.
“When I first started coaching, I will be honest, my end goal was not to be a head varsity coach,” Explained Amor. “But as I coached more and more I saw the joy in sharing my knowledge with the younger generation. Then I got a taste of what it was like to be a part of a high school program at Lewis Cass, and that’s when I knew I wanted to pursue a head coaching position at the right school (this was the closest experience I had to when I played since my last college game.) When we moved back home I knew I wanted to coach in some capacity, because I bleed blue and I want to see all LaVille athletic teams have success. The timing couldn’t have been better. I had a chance to learn from coach Edison (as the LaVille head junior varsity coach) for another full year and this time as a coach. Then the position came available for the girls and I knew I wanted it.”
Amor is a graduate of Indiana State University, where he majored in Business Management and minored in German, before picking up his diploma. While at ISU, Amor played for the Sycamore basketball team for two seasons. In his prep days, he was a four-year letter winner for Coach Edison. He earned first-team all-conference while his team won a conference championship as a junior. During his sophomore season, he helped his team earn a third-place conference finish. Amor finished his LHS basketball career with 883 points, including 327 points during his senior season, where he was the second-leading scorer.
“As a player I was not the most athletic with a good majority of the teams that I played on,” he said. “As a result I learned early on that my mind could be an extremely useful tool in the game of basketball. I think that athletic ability and talent can be evenly matched if a player understands the game, their own strengths and weaknesses, and the role they play on their team. I believe the little things add up to set a team apart and if as a player or a coach one is not mentally focused and prepared for the competition ahead, then they are 2 steps behind their opponent.”
“I believe your offense should reflect the talent and strengths you have on your team, and defense ultimately wins,” said Amor. “Defensively I want our presence to be felt throughout the entire game, and good communication and execution can make up for lack of athleticism. I believe this teaching has to start in our elementary players, and that putting the time into your younger level players and coaches is how you build a program not just a good ‘one and done’ team.”
According to Amor, he is in a “unique” situation with the coaches and players.
Amor steps into a program that has had one winning girls varsity season in the last 10 and two in the last 15 years. The 2021-22 LaVille Lady Hoops team finished with a 10-13 overall record.
“I know that LaVille girls basketball has had its ups and downs,” said Amor. “I know that we are due for a sectional as it has been 20 years (2013) and due for a (TCU) Bi-County (Tournament championship) as it has been 30 years (1993). I have shared with the girls that my goals this year are to have a winning season, win (TCU) Bi-County and win the sectional. I think these are very possible but not guaranteed and I look forward to the journey to reaching them.”
According to the new coach, he will not be making any coaching staff changes.
Steve Cox will return as the head junior varsity coach, Angie Dunlap as the assistant junior varsity/varsity assistant, and JT Beehler as varsity assistant.
“I want to create a desire and love for the game in LaVille Girls Basketball K-12. My goal would be that after my tenure at LaVille the girls that I have had the privilege to coach reached their own goals. That when you drive past the parks and driveways in the surrounding communities that our players live in, you see the same number of girls playing in them as the number of boys.”