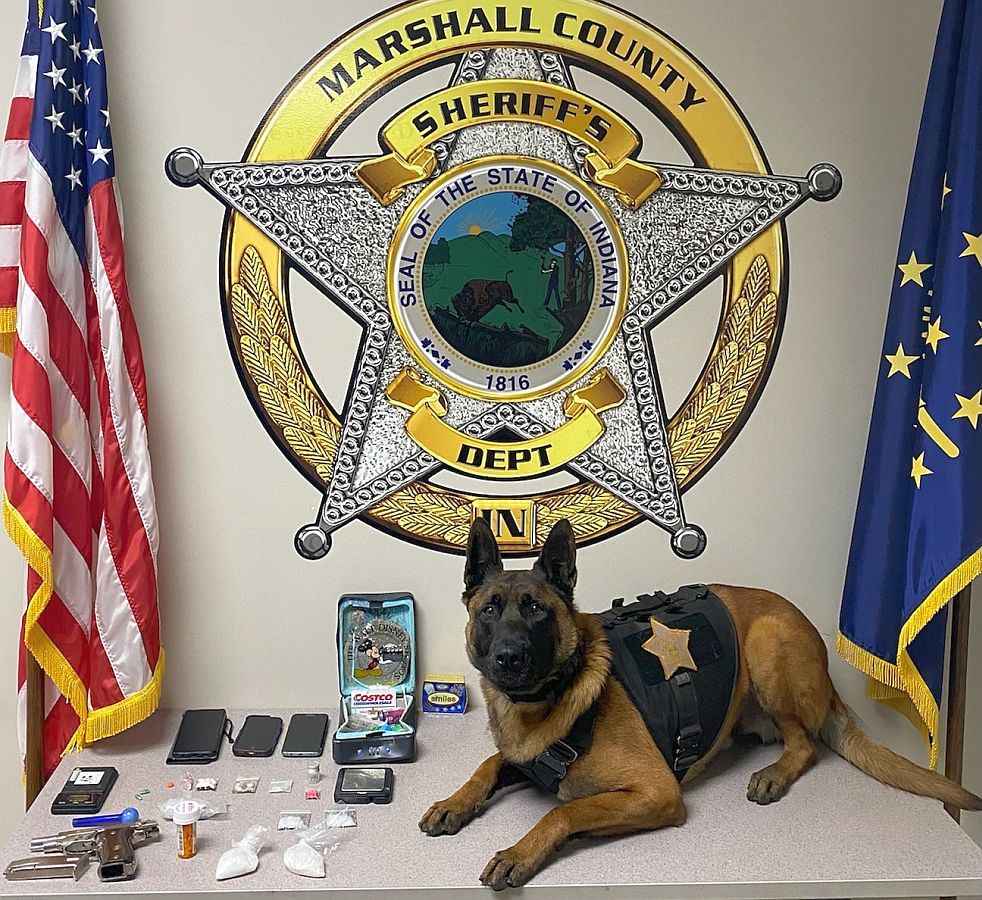 On Tuesday, May 10, officers with the Marshall County Police Narcotics Team conducted numerous operations in Marshall County resulting in the arrest of four individuals.

The Narcotics Team, assisted by the Argos Police, located and arrested 52-year-old Janie Howard of Alexander Street in Argos on an outstanding warrant for two counts of Dealing in a Narcotic Drug as a Level 4 Felony. She is being held at the Marshall County Jail on a $10,000 cash bond.

Marshall County Police later located and arrested 29-year-old Arista Butcher of Old Port Road in Warsaw on an outstanding warrant for violation of probation. During the traffic, stop officers located hypodermic needles and suspected heroin in the vehicle. Miss Butcher is currently held at the Marshall County Jail for the warrant and new charges without bond. Indiana State Police K9 “Chase” assisted in the stop.

Lastly, Marshall County Police conducted a traffic stop on U.S. 30 at U.S. 31. During the stop, Marshall County Police K9 “Diesel” was utilized, and a subsequent search of the vehicle was conducted. During the search officers located over 60 grams of suspected methamphetamine, suspected heroin, and a handgun. Officers arrested 48-year-old Christopher Vaughn and 43-year-old Justin Poppe of South Bend for Dealing in Methamphetamine as a Level 2 Felony. They are both being held at the Marshall County Jail without bond.