Pilgrims can’t find the plate in loss to Goshen 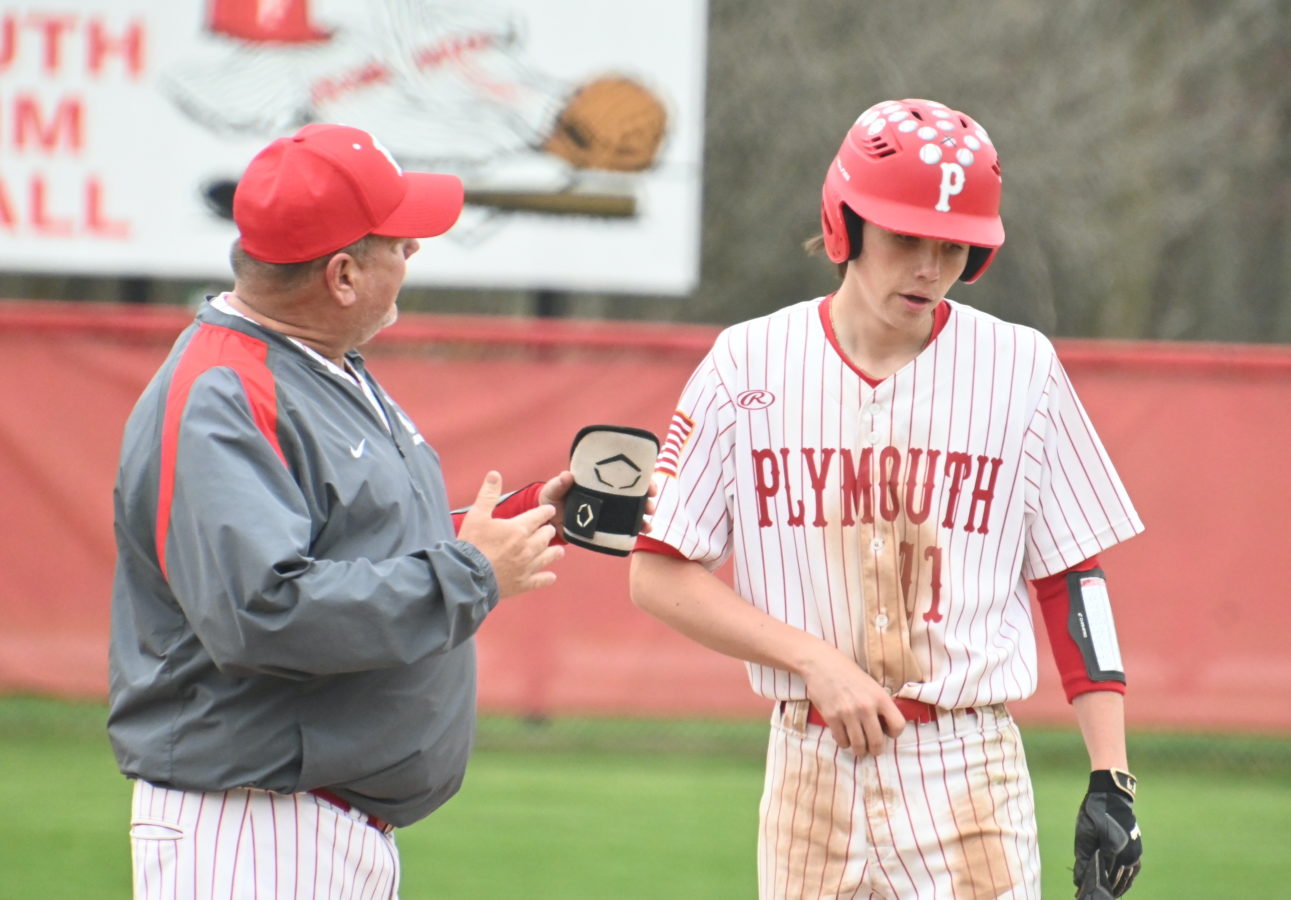 PLYMOUTH — It’s been said that baseball is a simple game when you throw the ball over the plate. Plymouth found that out the hard way with a tough 11-8 loss at Bill Nixon Field on Monday night.
Plymouth pitchers combined to walk 13 hitters on the night and out of a total of 163 pitches thrown just less than half (80) were strikes.
“We threw a lot of balls tonight, we threw more balls than strikes tonight overall, and when you do that you are going to struggle,” said Plymouth head coach Ryan Wolfe. “We were in a lot of three-ball counts, deep in counts. Teams are going to take advantage of that.”
“We just have to find a way,” he said. “We did a lot of things tonight that gave them runs. We didn’t run the bases real well either. We probably cost ourselves two or three runs by not taking an extra base and things like that. We can’t put ourselves in that position against any team.”
Goshen pushed a run across in the third taking advantage of an infield hit and an error. In the fourth they manufactured four taking advantage of a pair of leadoff walks a couple of Plymouth errors and a single.
Three more in the fifth on three walks and a double with a couple of wild pitches to seemingly give the Redhawks a safe cushion at 8-0.
To go with the walks Goshen had 10 stolen bases in the game while starting pitcher Thomas Castillo was cruising with a one-hitter and five strikeouts through four.
“Give them the credit they put the ball in play and made things happen you can’t cushion any NLC team with that many runs,” said Wolfe. “When the focus of our pitchers is all on trying to throw a strike they forget about the baserunners. We forgot. We weren’t varying our looks.”
“We called a couple of pickoff plays — that’s something that I can watch from the dugout and make a call — but they have the freedom to make that call on their own,” said Wolfe. “In the middle infield you have to play the game and when you aren’t doing those things they are going to take advantage of you.”
“You have guys wanting to take bags, they see a pitcher isn’t looking at them they are going to take bags,” he said. “We’ve just got to be ready to go. That’s on me. We’ll change something up and do whatever we need to do to change it up, but we have to get back on the horse here.”
The Pilgrims weren’t through, striking for three in the fifth and getting back into the game with two more in the fifth.
Goshen got three more in the seventh and even though Plymouth plated three more of their own in the bottom half it wouldn’t be enough.
“You play all seven innings that’s what these guys do,” said Wolfe. “We just have to find a way to minimize some errors, some mental things.”
Plymouth is 6-5 on the year, 2-2 in the NLC with a game on the road at Wawasee on Wednesday.
•GOSHEN 11, PLYMOUTH 8
at Bill Nixon Field
Goshen 0 0 1 4 3 0 3 11-8-2
Plymouth 0 0 0 0 3 2 3 8-11-5
WP — Castillo (1-2). LP — Feece (3-2). 2B — Ellison (G), Pinarski (G), Shively 2 (P), Pittman (P), Aker (P).