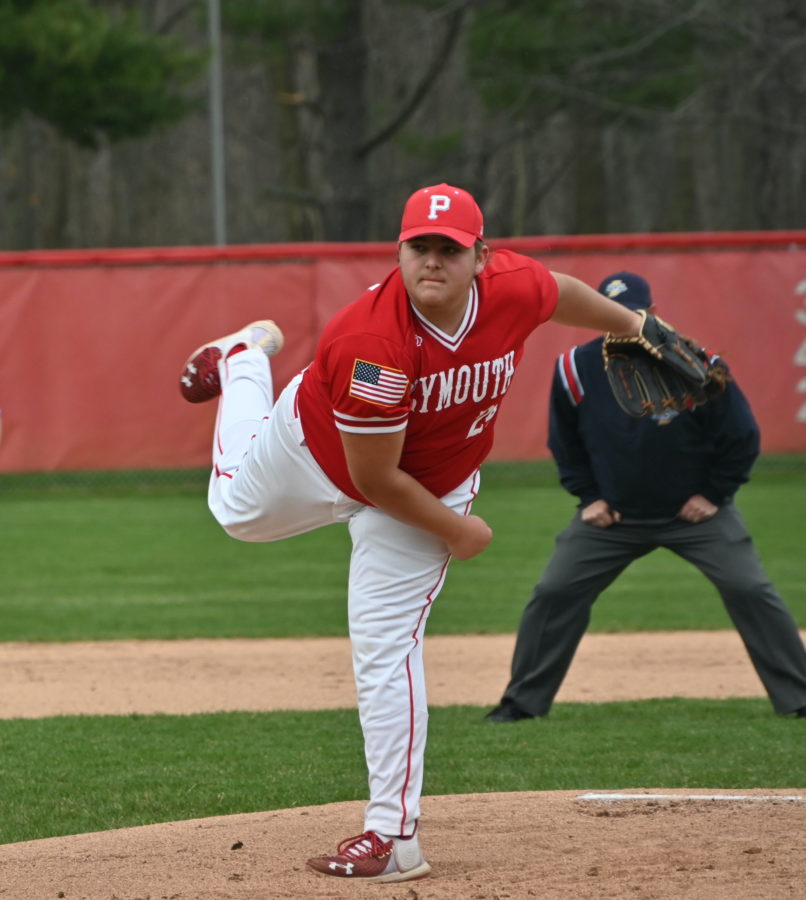 PLYMOUTH — If Friday night’s “final tune-up” for the conference season is any indication Plymouth’s Pilgrims appear ready for action after a 17-0 win over visiting LaCrosse on Friday night.
The Tigers made the trip to Bill Nixon Field as a replacement game for Mishawaka Marian — a game that was canceled by the weather last Saturday.
Noble Bockman got the start and the win going four innings striking out two, walking two, and giving up just three hits.
Matt Manzuk came on in relief and struck out the side in the fifth to seal the win.
“Our goal tonight was to get Noble a start,” said Plymouth head coach Ryan Wolfe. “We are definitely going to have to rely on him at some point this season. He’s in the mix to throw conference games and I think he showed tonight that we have four guys that are able to go out there.”
“When Noble is on the mound we have the best defense that I can put out there behind him,” he said. “He makes pitches and he competes and he showed that.”
“We wanted to see Matt one more time going into next week and we were able to get him out there one more time.”
The Pilgrims erupted for 14 hits and got another big night from Bradey Pittman who was two for there with a pair of doubles and three RBIs. Cam Shively remained red hot at the top of the order with two more hits in three at-bats giving him four in his last six trips to the plate and had three RBIs.
Manzuk had a 2 for 2 night with three RBIs. Tanner Feece and Michael Sheely also had a pair of hits.
Sheely also strapped on the catcher’s gear for the first time this season and showed that he can be another option for Wolfe behind starter Nate Derifield.
“He caught for his summer team a little bit,” said Wolfe. “Koan (Deon) is probably our go-to if something major would happen, but we’ve been working with Michael. He’s an athlete back there and tough and that’s what you look for in a catcher. I wanted to see what he could do tonight in a game.”
Also encouraging was another night of good at-bats from top to bottom of the Plymouth order.
“A couple of times we had guys at second or second and third and with two strikes we put the ball on the ground,” said Wolfe. “Sometimes it’s hard to sit on the ball and wait back on it and I thought our guys did a good job hitting some balls into right-center field. Both the last two nights we have some really good swings on balls and that’s good heading into next week.”
Next week it will be big as the Pilgrims start NLC play on Monday on the road at Mishawaka against a team that many would call the favorite based on returning talent.
Plymouth now stands at 4-2 and will be at Mishawaka on Monday night with a scheduled first pitch time of 5:30 p.m.
•PLYMOUTH 17, LaCROSSE 0
at Bill Nixon Field
LaCrosse 0 0 0 0 0 0-3-4
Plymouth 0 13 2 2 x 17-14-0
WP — Bockman (1-0) LP — Burkholder. 2B — Pittman 2 (P), Sheely (P).