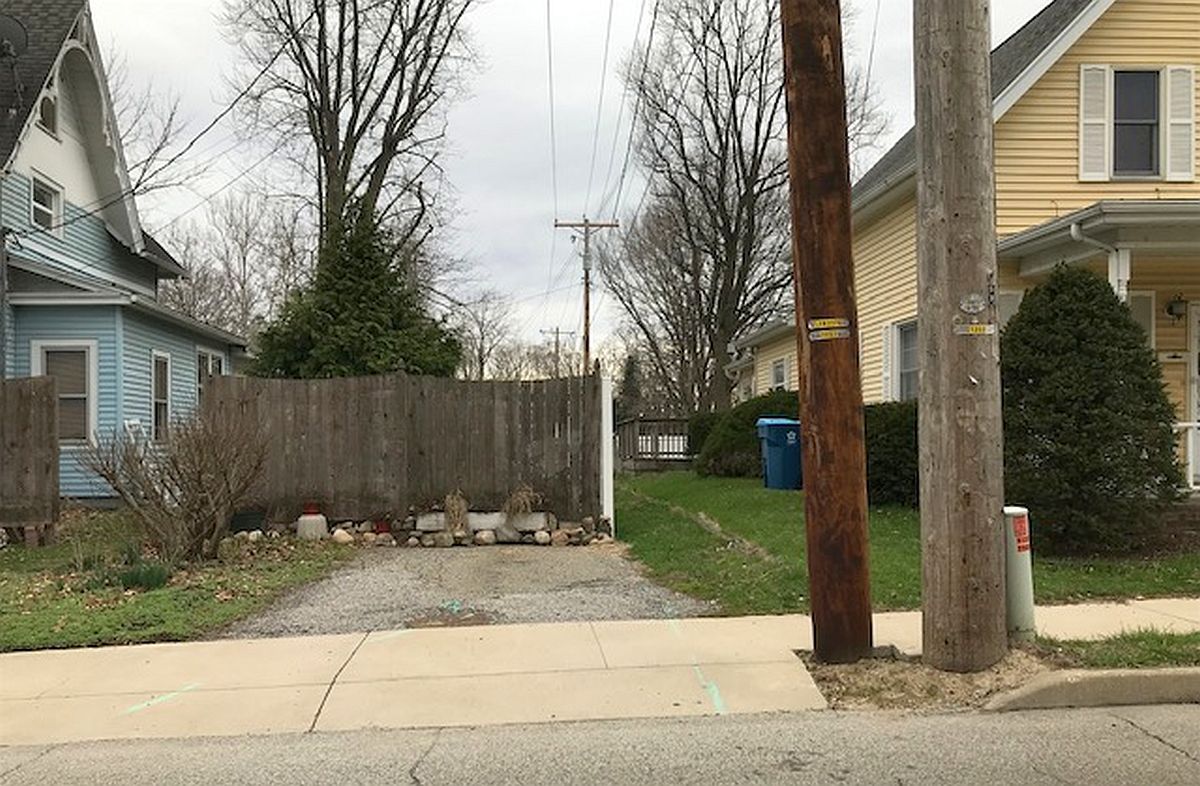 The Plymouth Common Council conducted a public hearing on the application request of Audrey Blessman to vacate the alley between Garden Courts East on Pennsylvania Avenue and LaPorte Street on the east side of the Yellow River.

The Blessmans and their attorney Michael Carmin from Bloomington all appeared virtually at the meeting Monday evening.  Their attorney asked Monday afternoon to continue the hearing to another time and City Attorney Sean Surrisi told him they were expecting several concerned neighbors to attend the meeting so the public hearing would continue unless the City Council determined the need to continue it.

The Blessman’s attorney said there was prior litigation that has resulted in a court order for the fence blocking the alley to be removed at the end of this month.  He said his clients will abide by the order.

It was suggested the Blessmans withdraw their petition and reapply at a later date to vacate the alley.  The City Council declined the request to continue the hearing to another date.

Audrey Blessman spoke to the council from Germany and thanked the council for having the meeting.  She wanted to be assured she would be offered due process since her experience “so far has been really bad.  Just an awful experience.  Nobody should have to go through what I’ve experienced.”  Audrey said her property has been misused as an alleyway.

Mrs. Blessman wants the city to have the gravel path along the Yellow River off LaPorte Street to be dedicated as an alley to allow traffic to travel to their garages and to the back of Garden Court.

The Blessman’s want the access easement over their property for the existing paved alleyway vacated with the idea neighbors can use the gravel road for access or they would help the neighbor to the north remove their side deck and move the alley onto their property.

Attorney Fred Jones, representing Garden Courts East said one of their main concerns is the obstruction of the alley.  He said it was “asinine” to continue the public hearing as it was going Monday evening with the petitions online.

Mark Honer the neighbor directly to the north said he found out the fence erected by the Blessmans is sitting on a portion of his property after having it surveyed.  He said the fence on the alley has caused inconvenience and stress to his family.

Angela Leary at 106 South Liberty Street said with the blocking of the alley traffic on LaPorte Street has increased.  Angela told the board LaPorte Street had been a dead-end and isn’t made for all the additional traffic.  She also said when the fire occurred at Garden Court in 2018 if the fence had been up the fire trucks couldn’t have gotten to Garden Courts to put it out.   Mrs. Leary said, “The fact that this has been going on since October is ridiculous.  To have an entire neighborhood that relays on that easement and none of them can access it is frustrating.”

Zack Webster of 512 East Laporte Street stands with the Blessmans on keeping the gravel path open because it makes the dead-end alley and road a bit easier. Webster said, “If what is said in her letter is true of everything she had to go through with the city…., maybe an apology for her from the city is ok.  For everyone else in the neighborhood, we would like an apology from her for the inconvenience she has brought upon the neighbors.”  Zack wrapped up his comments by saying, “If Garden Court needs an ambulance to get through there when they are called seconds matter.  You could be causing the life or death of someone.”

Billie Miley of 516 East LaPorte Street said she was approached by Mrs. Blessman with a request to buy the parking area in her backyard.  Recently she asked to buy a stipe of her property and was willing to remove her fence to create an alleyway to make her neighbor happy.  Miley said she thought Audrey was crazy.

City Attorney Sean Surrisi also discussed the Historic Footbridge Renovation Project that will begin soon.  The plan document will partially block the gravel path with a new ADA-compliant sidewalk to the bridge.  He said traffic crossing the sidewalk will cause damage so the city is not planning on having access there.

Phil Martin of 506 East LaPorte Street lives next door to the gravel path and complained that vehicles are driving over the corner of his property to access the path.

After continuing the discussion which lasted almost an hour the Plymouth Common Council unanimously denied the Blessman’s request to vacate the alley.