Handley Hired by Plymouth School Board as Head Football Coach 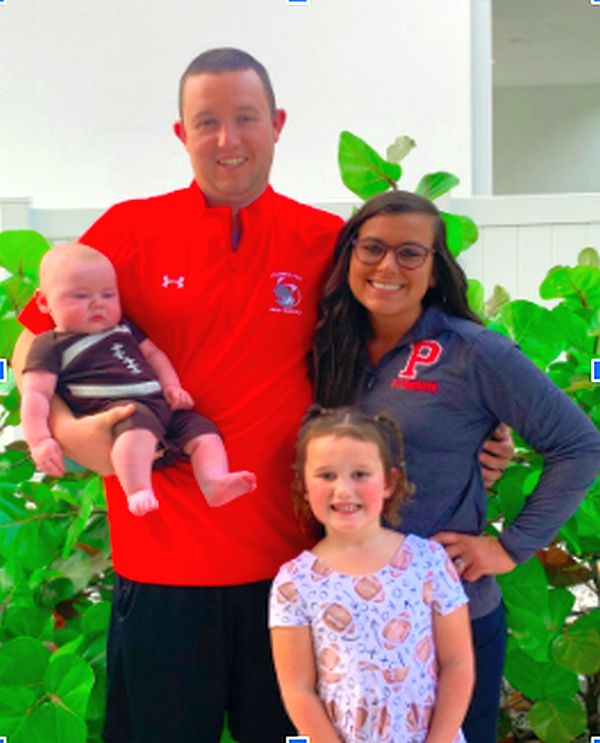 Coach Handley is a 2009 graduate of Lockport High School in Lockport, IL. While in high school, Adam excelled in both football and basketball. After High School, he continued his football playing career at Taylor University. Handley played wide receiver for the Trojans for 4 years and graduated in 2013 with Bachelor’s in education (PE & Health).

Coach Handley’s first stop in his career was at Marion High School in Marion, IN. He was the weight room coordinator, Asst Football Coach (4 years), Asst Basketball Coach (3 years), and Asst Baseball Coach (1 year). Handley was on the coaching staff with the Giants when they won the 2016 3A State Championship in basketball.

From Marion, Adam returned to coach at Taylor University. During that time he was employed as a PE & Health teacher at Eastbrook HS. In the Fall, he served as an Asst Football Coach (Tight Ends) for Taylor University. In the winter, Coach Handley was Eastbrook’s JV basketball coach.

In 2018, Handley landed his first head coaching opportunity at Wabash High School. Coach took on the challenge of a football program that had experienced very limited success over years.  Prior to Coach Handley’s arrival, the Apaches only had one winning football season in the past 20 years and accumulated a total of 25 wins during the time period.

Coach Handley embraced the opportunity and accepted the challenge of improving the Wabash program. He laid a foundation for growth and improvement. During Coach Handley’s tenure, the Apaches tripled their average win total per season, and they posted the school’s second winning season since 2000.

By all accounts, Coach Handley is professionally focused on two things: (1) building strong healthy relationships with his players and their families and (2) leading a quality high school football program.

The improved football culture at Wabash could be attributed to Coach Handley’s belief in four pillars that he builds his football program on: Compete, Work Ethic, + Attitude, and Sacrifice.