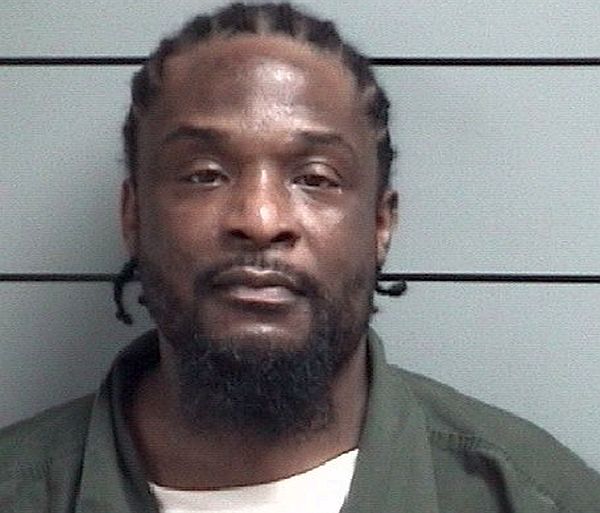 LaBrand Holt-Spencer, 41, of South Bend, was sentenced on Wednesday in Marshall Superior Court 1 by Judge Robert Bowen.   Holt-Spencer was convicted after a three-day jury trial conducted October 19th through the 21st.  Holt-Spencer and his accomplice were both charged in connection with the armed robbery of The Rentown Store east of Bremen.

Berdahl emphasized that although Holt-Spencer continues to maintain his innocence of the underlying charges of armed robbery and theft, he admitted his status as an Habitual Offender qualifying him for the sentencing enhancement.  Napier stated, “The defendant perpetrated a violent robbery against local business owners.  It was a planned attack. He walked in at closing time, put a gun into the face of the owner and demanded money.  Thankfully, the owner of The Rentown Store surrendered all of the money and was physically unharmed.  The owner’s testimony at trial was compelling when he described the dramatic effects the armed robbery has had on him and his wife.”

The victims called 911 immediately after the armed robbery in January of 2020. Marshall County Sheriff Deputy Robert Hafke, along with other officers, were dispatched to the scene but were unable to locate the getaway vehicle.  Plymouth Police Officer Jeremy Enyart processed the evidence at the scene, which included a cigarette butt in the otherwise pristine parking lot.  Witnesses placed the perpetrators’ vehicle at the same location as the cigarette butt. MCPD Detective/Sgt. Les McFarland then assumed the investigative lead.

Area neighbors supplied crucial information but a suspect could not be identified.  Forensic testing of the cigarette butt yielded a clear DNA profile that was processed through the national database known as the Combined DNA Index System, CODIS for short.   It was through that process that the DNA retrieved from the cigarette butt matched a previously supplied DNA sample given by LaBrand Holt-Spencer.

Detective McFarland was then able in December, 2020 to locate Holt-Spencer in a Michigan jail.  Following protocol, additional tests confirmed that the DNA in the CODIS database was the same as the DNA on the cigarette butt from the crime scene and both of those samples cane from Holt-Spencer.  Additional evidence revealed that a hand gun possessed by Holt-Spencer in the Michigan case was remarkably similar to the description of the gun used at Rentown.

Additional investigative leads pursued by Sgt. Jason Faulstich of the Indiana State Police revealed the presence of Holt-Spencer’s cell phone in the Rentown area during the time of the armed robbery as well.  In addition, the female accomplice to the armed robbery pled guilty, testified against Holt-Spencer, and will face sentencing soon.

In determining the appropriate sentence, Judge Bowen found Holt-Spencer’s extensive criminal history was a weighty aggravating factor.  Bowen found as a mitigating factor that Holt-Spencer admitted to being an Habitual Offender under Indiana law.  Bowen imposed an aggravated sentence of sixteen years at the Indiana Department of Correction on Count I Armed Robbery, a Level 3 felony, and two years on Count II Theft, a Level 6 felony.   Bowen ordered the sentences to run concurrently.  Holt-Spencer then received a fifteen year all executed sentence that must be served consecutive to the armed robbery and theft sentences, culminating in a total sentence of thirty-one years in the Indiana Department of Corrections.

Napier said “The incredibly brazen, aggressive and violent nature of this crime was highlighted by the witnesses that provided compelling testimony in the trial.  The exhaustive law enforcement investigation and cooperation of the agencies solved this case.  It was a true team effort.  Deputy Prosecutor Ken Biggins provided excellent support in the prosecution of this case.  We’re all safer with offenders like Holt-Spencer out of our communities.”

Prosecuting Attorney Nelson Chipman added, “This is yet another example of good old- fashion gumshoe police work combined with the latest technology and science to first identify a suspect and to then meticulously accumulate proof beyond a reasonable doubt.  The interagency cooperation in this case was incredible. It not just on TV that the latest and greatest forensic advancements yield successful results locally in our never-ending efforts to bring to justice those who would otherwise do us harm.”