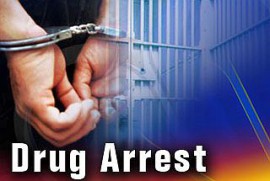 On Thursday, March 26th at 12:01 A.M. Officer Emenhiser with the Plymouth Police Department conducted a traffic stop in the area of Oak Drive and Jim Neu Drive. The driver vehicle identified as 18 year old, Alex Weiss of Plymouth was found to be in possession of marijuana and was taken into custody.

Weiss was transported to the Marshall County Jail where he was held on charges of Dealing in Marijuana –Possession with intent to Deal, Possession of Marijuana and Operating a Vehicle with a Controlled Substance and held on No Bond.