Monday Morning Fire on 6th Road the Result of Burglary 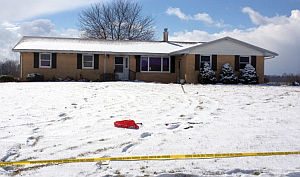 On Monday, March 12th at 3:20in the morning the Marshall County Dispatch Center received a 911 call of a structure fire at 11897 6th Road. The caller advised they were driving by and observed the residence on fire, the caller further stated that it was unknown if there were any occupants inside the residence.

Officers with the Marshall County Sheriff Department along with the LaPaz Fire Department responded to the address where it was determined that a single-family residential structure was found to have heavy smoke and flames coming from the residence. 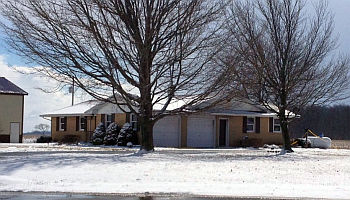 Firefighters from Plymouth, Bremen and Polk Fire Department also responded to assist with extinguishing the fire.
After the fire was extinguished, officer with the Marshall County Sheriff Department began investigating the fire which is believed to be suspicious in nature. During the investigation it was learned that unknown subject(s) had forced entry into the residence.  While the unknown subject(s) were inside the residence it was determined that several items had been removed from the residence and intentionally set on fire.

No occupants were home at the time of the fire. The residence sustained heavy damage as a result of the fire. The State Fire Marshal Office is assisting in the investigation. Anyone with information about this incident or any incident is asked to contact your local police agency.