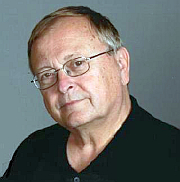 The Bourbon Town Council began their February meeting with a moment of silence for the late Attorney Mark Wagner. Wagner, who had served as the town’s attorney for a number of years, passed away last week. They ended the meeting by voting unanimously to rename a street in Bourbon in his memory. It had been a running joke between board members and Wagner as to why the town has a Frank Street when no one could remember for whom the street was originally named. The street name will be changed to Wagner Way.

Board members shared comments about their interactions with Wagner over the years. Larry Wattenbarger said, “It was a total shock that we lost such a fine gentleman.” President Les McFarland said, “What an honor to know that guy.” “To me he wasn’t the town attorney, he was a friend,” said P.J. Hanley.

All three indicated that they look forward to working with Mark Wagner’s son Tony who will assume the town attorney position. In remembering how Wagner and family members help to judge the Christmas decorations for the annual contest, McFarland said he hopes the Wagner family will continue the tradition.