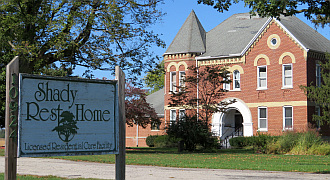 The Marshall County Commissioners’ Advisory Committee on the Shady Rest Home will hold a public meeting on January 10 at 6:00 p.m. in the Commissioners’ Room on the second floor of the county building.  The main purpose of the meeting is to take public input on the possible use of the facility as a rehabilitation center by a non-profit organization.

Ownership of the facility reverted back to the county from the Bowen Center in July 2017, after which time an advisory committee of county officials and members of the public began investigating possible uses.  The committee requested and received four proposals from the public in September 2017.  Two of those proposals addressed similar needs related to drug addiction/rehabilitation which led the committee to request the two organizations consider working together to make one proposal with a business plan and other relevant information.

At its last meeting, the advisory committee scheduled an informational and public input meeting for January 10.  A description of the services provided and clientele under the proposed use will be provided at the meeting, followed by the request for public input.  The advisory committee will take all information into consideration and reconvene in the following weeks to determine further course of action and whether a recommendation can be made to the commissioners for the use of the facility.  If you are unable to attend, but would like to provide written input, please send correspondence to the attention of Shady Rest Committee 112 West Jefferson St., Plymouth, IN 46563 by January 16.

Commissioner Garner will be our guest on the What’s Your Opinion Show Monday morning about 9:45.  He will be discussing the committee and proposal.  Tune in to Am 1050 or FM 106.1 and call you questions or comments in at 936-4096.