The 44th Annual Mayor’s Prayer Breakfast was held Thursday morning beginning at 6:30 a.m. at Christo’s Banquet Center in Plymouth. Thursday’s event coincided with the 66th annual National Day of Prayer which was established by congress in 1952. 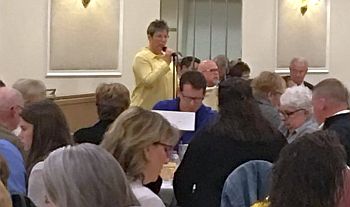 Following a welcoming from Plymouth’s first lady, Leanne Senter the color guard from Boy Scout Troops 251 and 257 presented the colors and lead the Pledge of Allegiance and Linda Star led the crowd gathered in the National Anthem. 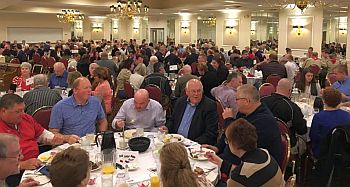 After a wonderful and nourishing breakfast Plymouth Mayor Mark Senter greeted nearly 280 who gathered to celebrate and worship together.   He then introduced the honored speaker, Bishop Kevin C. Rhodes from the Diocese of Fort Wayne and South Bend. 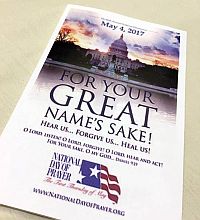 Bishop Rhodes noted the theme of this year’s National Day of Prayer “O Lord, Listen! O Lord, Forgive! O Lord, Hear and Act! For Your Sake, O My God” which comes from the Old Testament book of Daniel Chapter 9 verse 19.  He explained that the verse was a prayer, a plea for God’s mercy and God’s action.  In the original context it was a prayer for the people who were held captive in Babylon who were in exile.  He said, “Yet it is a prayer that has relevance for us today and always.” 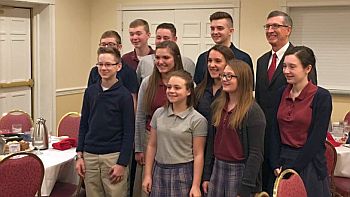 The Bishop said, “We call upon the Lord to hear our prayer, to forgive us, to heal us, to come to our aid.  You know, there was never a time in human history when people did not need to make this prayer, since we are always in need of the Lord’s mercy and help. We certainly need God’s help and mercy in our nation and in our world today.”  He continued, “It’s good that we have a National Day of Prayer because it reminds us, as a nation of our dependence on God.” 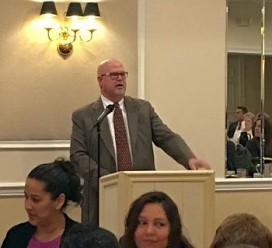 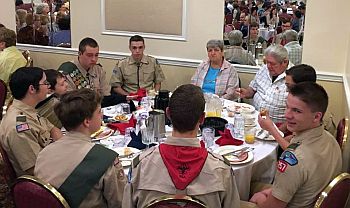 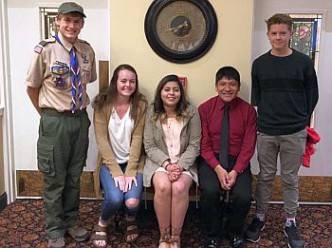 Also assisting in the breakfast were members of the Mayor’s Youth Council.