Donnelly Opposes Effort to Take Health Care Away from Hoosiers 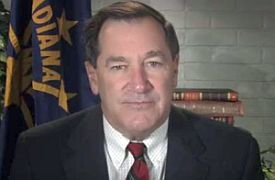 Washington, D.C. – Early Thursday morning, U.S. Senator Joe Donnelly voted against an effort to repeal the health care law, with no plan to cover those who would lose coverage. Donnelly has consistently said that the law is not perfect, has offered many ways to improve it, and has demonstrated his willingness to work with anyone to strengthen our nation’s health care system.

Donnelly said, “Repealing the health care law, with no plan for how to replace it, will create chaos in the insurance marketplace, cause premiums to rise, and take coverage away from Hoosiers and Americans across the country. It also threatens the coverage of Hoosiers with pre-existing conditions and our friends and neighbors using the HIP 2.0 program established by Vice President-elect Pence.

“I am confident that we can make progress if we work together to improve the law rather than pursuing a misguided effort to take health care coverage away from Hoosiers and Americans.”

Earlier this week, Donnelly spoke on the Senate floor about his effort to protect Medicare from privatization and prevent reductions to Medicaid, including to Indiana’s HIP 2.0.  More than 200,000 Hoosiers access coverage through HIP 2.0, many of whom are covered for the first time in their lives. HIP 2.0 has also helped Indiana combat the opioid abuse and heroin use epidemics, progress that would be at risk if the law is repealed.