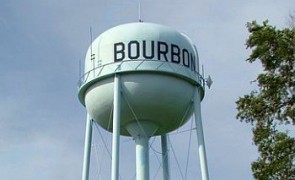 Tim Berger was approved unanimously as a part-time seasonal hire for snow removal. As an hourly employee, he will work on an as-need basis at $14 per hour. The council instructed Roger Terry, Street Department, to handle how the determination for snow removal will be handled.

Police Chief Bill Martin received permission to use two new candidates for the Reserve Program. Martin said he had already completed background checks on Adam Kraining and Travis Bays. Martin indicated that they were the only applications he received.

The Council will seek a second quote for the construction of a dugout shelter at the Little League field.  Kim Berger, clerk/treasurer, said there was no dugout on one side and children had to sit in the sun for long periods of time. They had one quote for the proposed project; however, council members indicated that they would want at least one more quote. A motion to award the project to the lowest bidder was voted on and approved by a 3-0 vote.

Berger informed the Council that the trash removal fee with Republic Services would be increased in January, 2017. The fee will increase from $14.38 to $14.60. The fee includes recycling.