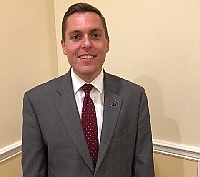 Deputy Prosecuting Attorney, Matthew E. Sarber explained the new rule adopted to urge Indiana trial courts to use evidence-based risk assessments to inform pretrial release decisions.  The primary purpose of bail is to insure that the accused person will be present at trial while striving for both public safety and protection of the presumption of innocence.  The prompt release of arrestees who do not pose a threat to public safety will reduce unnecessary expenses to the arrestee and if bail could not be met, it will reduce the cost of local jail resources. The improvement of Indiana’s pretrial release practices will encourage and empower judges to release arrestees earlier, reduce pretrial detention expenses for local jails and enable many arrestees to return to their jobs and provide support for their families, eliminate the unfair and often protracted incarceration of poor people who don’t have the resources to purchase a bail bond or pay a bail deposit and enhance the reliability of guilty pleas, and realize the benefits of reduced recidivism and enhanced public safety that flow from the use of evidence-based risk assessment tools for pretrial release decisions.

Level 6 felonies and misdemeanors now stay locally in the county instead of the Department of Corrections.  The shift of housing defendants from the DOC to the local level has contributed to the development of Community Corrections which is on the rise, offering home detention in many cases and treatment as needed for alcohol or drug abuse.  The hope of the program is rehabilitation.  If rehabilitated, this person can move forward and become a contributing member of our society.  Many times when arrestees are released without instruction or any plan for re-entering the work force, they find themselves with nowhere to turn and return to crime and thus to incarceration. 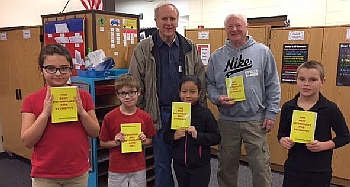 Did you know that each Lion member impacts the lives of 70 people a year?  We invite you to join in service and expand your impact.  If you or anyone you know would like to join the Plymouth Lions Club, please contact any Lions Club member.