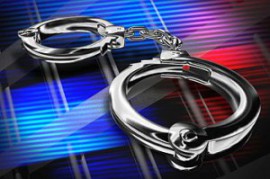 A Plymouth woman was arrested Sunday evening for battery following an incident at 905 North Center Street.

Plymouth Police were called at 5:15 to investigate an alleged battery.  Officer Beatty found 18 year old Haley Brown of the North Center Street address with injuries to her ear from a fight that had occurred before officers arrived.

The suspect, 18 year old Jade Bradley-Reinhart had left the scene prior to officer’s arrival.  She was located and arrested for battery and booked into the Marshall County Jail on a $750 cash bond.