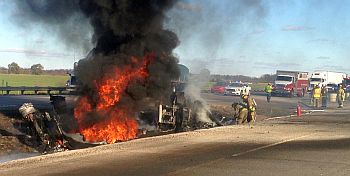 LaGrange County – Indiana State Troopers from the Toll Road Post are on scene of a fiery crash in LaGrange County that happened shortly after 1:00 p.m. Monday. The crash involved three east bound semi tractor-trailers near the 112.6 mile. 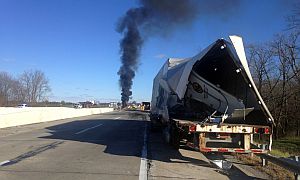 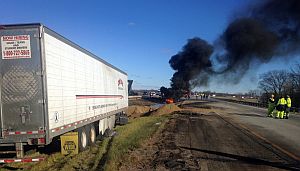 The semi tanker caught fire after the collision and the crash caused both east and west bound lanes of the Toll Road to come to a standstill in the area. 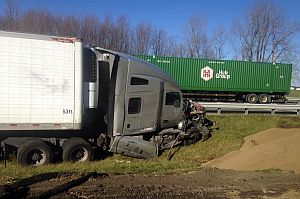 The driver of the semi tractor-tanker was pronounced dead at the scene. Another driver involved in the crash was taken to a local hospital for his injuries.