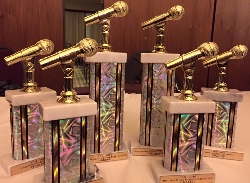 Congratulations to Lincoln Junior High Digital Storm Radio Students. Winners were announced this past weekend in New York City at the 76th annual IBS National Broadcasting Awards for both the high school and college divisions. Lincoln Junior High competes in the high school division, as they are the only junior high radio station in the country within the IBS network.

The 76th Annual IBS New York City Conference is focused on New Trends in School/College Radio/TV/Webcasting. The conference featured over 150 speakers, over 100 sessions and tours, and 1,400 attendees from all over the world! 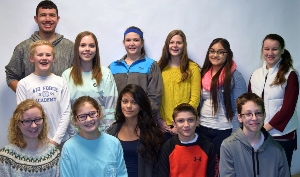 Storm Radio, is one part of the Mass Media program at Lincoln Junior High known as LJH Digital Storm. The radio station is 24/7 Internet Radio with the call tag – STORM RADIO- “Ride the Waves.” The radio station is Internet based, so it’s available through the TuneIn App on IOS devices, the LJH DigitalStorm website- http://www.ljhdigitalstorm.com/ , and the Internethttp://tunein.com/radio/Storm-Radio-s231710/ – Students research, write, create, and broadcast daily and provide 100 percent of the programming. Lincoln is currently the only junior high radio station broadcasting 24/7 in the United States within the IBS network.