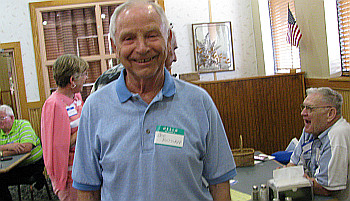 President Joe Bottorff called the meeting to order and offered prayer for the dinner.

Betty (Long) Geible was the oldest person in attendance at the age of 91.  Those attending Tyner Days for the first time were Larry Barden, Class of 1964, and his wife, Judi.  They live at Evart, Michigan where he enjoys ice fishing.  Joyce (Carlson) Moore, Class of 1961, and her husband Curtis, live at Riverview south of Tampa, Florida in the winter months and in the Fort Wayne area during the summer months.  Sandra (Carlson) Dunn, Class of 1955, was also a first time attendee.  She and her husband, Bill, live at Columbia, Maryland.

Susan (Brubaker) Weybright read a poem entitled, “In the Land that made Me, Me”.  It related to those people who grew up in the 1950s and it brought back many memories to those in attendance.

Those attending Tyner Days were: 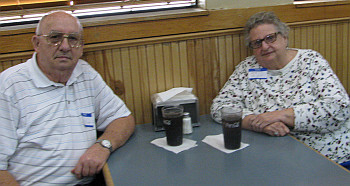 It was suggested that since there was no slate of officers for next year, the group would continue to meet on the 3rd Saturday of February at Homers Restaurant.  No notice of meetings would be placed in the newspapers and no minutes would be taken.  This idea met with the members’ approval.

Ben Burger, president for the 2015 meeting, indicated that a reservation had already been made for February 21, 2015.  Linda Burkholder said she would notify people via e-mail of the Tyner Day meeting.