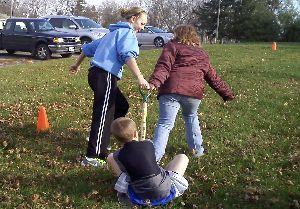 12/06/12 On Friday, November 30, the Triton Elementary School 6th graders participated in the 19th Annual Triton 6th Grade Olympics.  After studying the Greeks and the beginning of the Ancient Olympics in Social Studies and Reading Class, the students were placed on 10 teams named after Ancient Greek City States.  They participated in events such as discus, javelin, chariot racing, pentathlon, pankration, and the stadion race.  Each City State was given points for 1st, 2nd and 3rd place winners.  The city state earning the most points was crowned with olive wreaths. 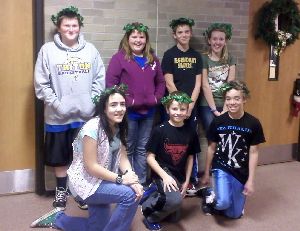