Officers had been watching several people in the vehicle in the shopping area north of town.  The subjects were going from store to store causing suspicion. 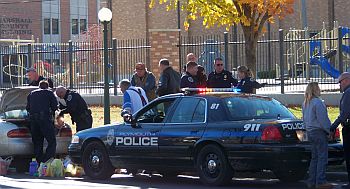 Once the vehicle headed south bound on Michigan Street officers attempted a traffic stop for a moving violation.  The vehicle did not immediately stop but did not appear to be trying to flee either.  Officers from the city and county responded to assist.  The vehicle stopped in front of the Saint Michael School playground at 2:50.

During the traffic stop officers searched the vehicle while it sat on Michigan Street. Traffic was tied-up with the search and all the additional  school traffic.   Numerous precursors were found in the vehicle which lead to the arrests of two of the occupants. 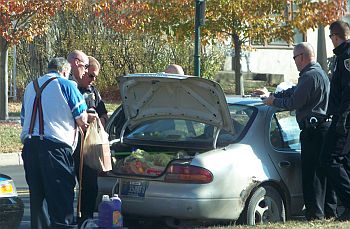