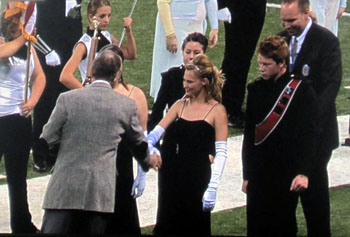 11/03/10 Congratulations goes out to The Pride of Plymouth Marching Band and their record breaking season after placing 5th in the State Finals at Lucas Oil Stadium last Saturday. 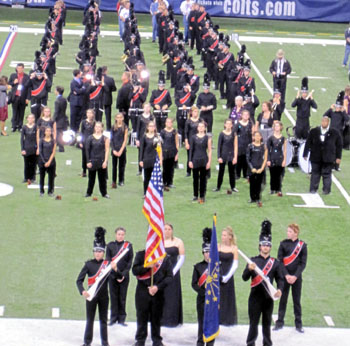 Band Director Bryan Ames had this to say, “Saturday was simply amazing.  The kids performed a GREAT show and it was an experience that none of us will forget.”  He continued, “There was a HUGE turn-out of spectators from Plymouth!  It was great to enter the stadium floor from the cheers of the Plymouth fans!”

The P.H.S. Music Boosters would like to express their gratitude to the community, especially the sponsors, the Plymouth Police Department and Fire Department, Mayor Senter and to all of those that have volunteered countless hours to make this years marching band” a record breaking success”.  We would also like to thank WTCA and The Pilot News for their continuing support of the band and their media exposure that helped get the story out. 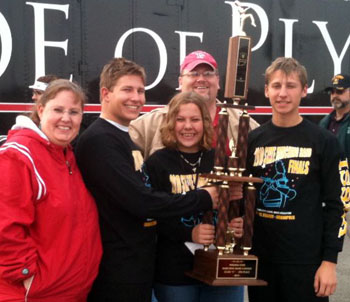 Leadership is what took The Pride of Plymouth to State Finals and we would like to congratulate Mr. Ames, his staff and the kids for all their hard work it took to get there.  You have raised the bar for next year and we will be there to support you!  We anxiously await next year’s performance!