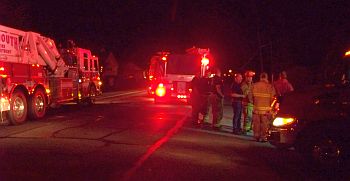 10/07/10 The Plymouth Fire Department was on the scene of a gas leak at the NIPSCO Sub-station on South Michigan Road Wednesday evening.

A 9-1-1call to the Sheriff’s Department at 7:30 sent several city and county fire trucks just south of Oak Hill Cemetery. The caller advised the odor of gas coming from the sub-station.  At 7:42 city and county police officers blocked all traffic on South Michigan Road.

Fire units were put on standby mode at the scene until NIPSCO arrived to determine if there was an actual gas leak or not.  About 8:30 NIPSCO representatives arrived and began their investigation.  Several leaks were discovered but nothing that needed immediate attention.  The main leak was isolated and NIPSCO is expected to being work on the issue Thursday. 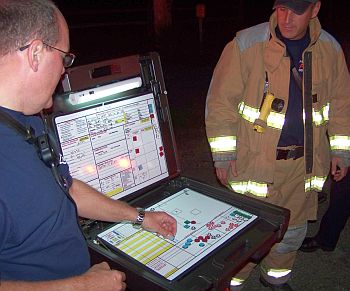 Citizens are urged to remember that firefighters are not trying to inconvenience people by stopping traffic, they are there to keep citizens save from a potential dangerous situation.