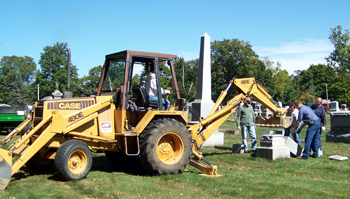 During the late night hours of Saturday or early Sunday morning approximately 100 headstones, monuments and grave markers were toppled over, pushed off their foundations and even smashed into pieces. 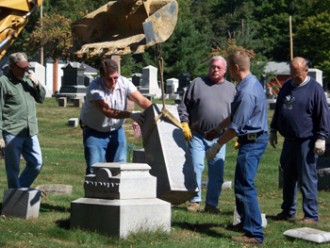 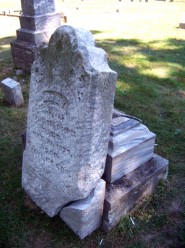 Officer Brown said, “I have no leads or suspects at this time and we are seeking assistance from the public is helping to solve this crime.” Brown said the suspect may live in the area of the vandalism due to the random stone that were victim in the limited area. He also said that the suspects would be charged with criminal mischief depending on the amount of damage. He also said it would be up to a judge to require those found guilty to pay restitution. Officer Brown said, “These were not little kids, they were teens that had some strength.” 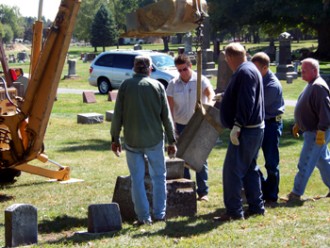 By mid afternoon Ousnamer and his crew had tended to 68 markers. Many were put back in place with the use of a back-hoe and special straps but there are some that cannot be fixed because of the sever damage they received. The exact count will not be known for another day or two. At that time a list will be provided specifically detailing they type of damage the headstones received. 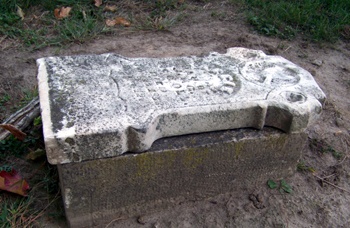