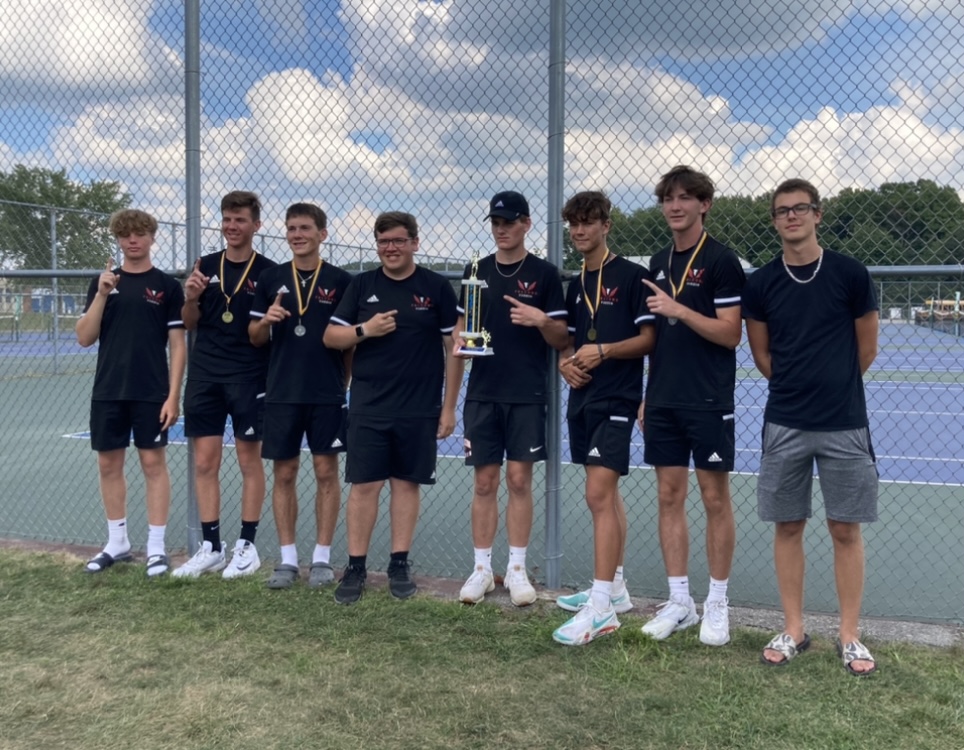 MICHIGAN CITY — The Glenn boys tennis team tied for 1st place with Michigan City, in an eight team tournament.
Noah Dreibelbeis finished 4th in a tough #1 singles bracket. He easily defeated Hobart in the first round, but fell to Kankakee Valley in the second round and Michigan City in his final match up.
Alex Kaser swept the #2 singles bracket by defeating a consistant Michigan City player, and then dominating his opponents from Mishawaka and New Prairie. Kaser claimed the championship for #2 singles.

3 singles, Zach Litteral, also claimed the championship. He defeated Kankakee Valley in his opening match in a tie-break set, then defeated New Prairie, and Hobart in the final round.

The #1 doubles of Landon Johnson and Marshall Platz worked extremely hard for their second place finish. They beat Knox in their opening match, defeated New Prairie in a tie-break set, but fell short to a tough Michigan City team in the championship round.
Alex Smith and TJ Park finished in 6th place at #2 doubles. They fell to New Prairie in the first round, defeated Mishawaka in the second round, and lost to Knox in a tie-break set for their final round.
The team will be taking on South Bend Washington on Tuesday at 5:30 p.m.