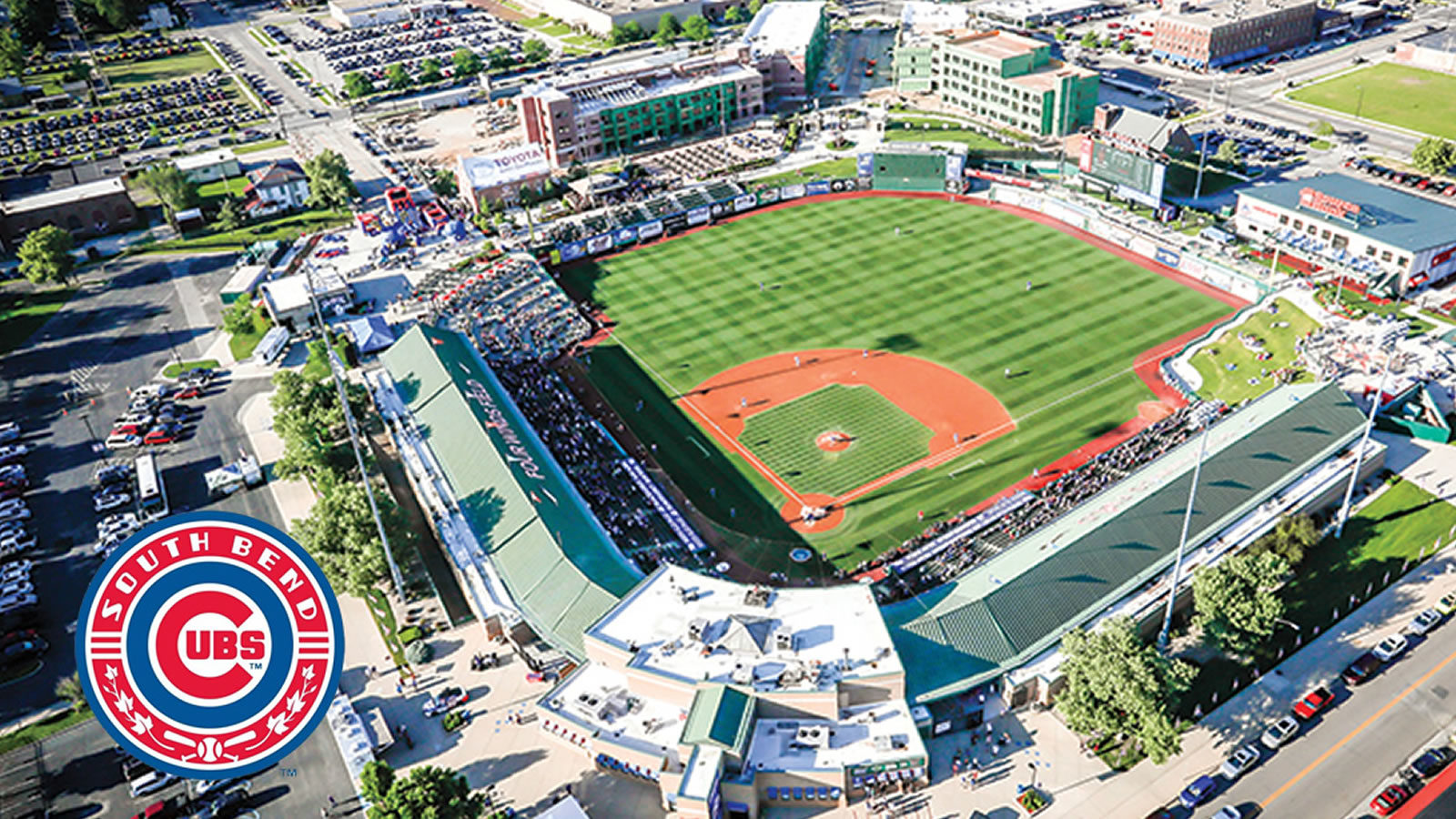 SOUTH BEND — For the first time since 2017, and after appearing in the final round in each of the last two years, the South Bend Cubs have been recognized with Four Winds Field being named ‘Best Ballpark’ by Ballpark Digest. Four Winds Field beat out a fellow Midwest League stadium in Neuroscience Group Field at Fox Cities Stadium, home of the Wisconsin Timber Rattlers.

The public vote favored South Bend by a 32 percent advantage. This is the first time that the Cubs have won the ‘Best Ballpark’ honor as a High-A affiliate. In 2017, the South Bend Cubs were recognized as the top Low-A ballpark in the country.

“This best ballpark recognition continues to pinpoint the outstanding work that our staff has exemplified to make Four Winds Field one of the greatest places to watch baseball at any level,” South Bend Cubs Chairman and Owner Andrew Berlin said. “The goal of our organization every day is to focus on and highlight the little things that make a difference in making the fan experience in South Bend top tier.”

Now taking home the award twice, the Cubs have had Four Winds Field consistently present among the finalists for this acknowledgment. South Bend has made at least the quarter-finals in each season that the organization has been a Chicago Cubs affiliate. This was the ballpark’s fourth-ever trip to the final vote.

“We are grateful to all of our fans for pushing us ahead and voting to make Four Winds Field the best ballpark in High-A baseball,” South Bend Cubs President Joe Hart said. “We couldn’t do what we do without the support from the South Bend community. This award doesn’t just belong to the ballpark, but to everybody that enjoys spending time here. I’m proud of our front office and game day staff for working hard each day to earn this achievement.”

The South Bend Cubs are set to return home on Tuesday, June 21 to begin a six-game series against the Peoria Chiefs, Midwest League affiliate of the St. Louis Cardinals. Fans can enjoy the ambiance of High-A baseball’s best ballpark next week by purchasing tickets at SouthBendCubs.com and the Four Winds Field Box Office, or by calling 574-235-9988.