Hoarder House on Hillcrest Being Demolished 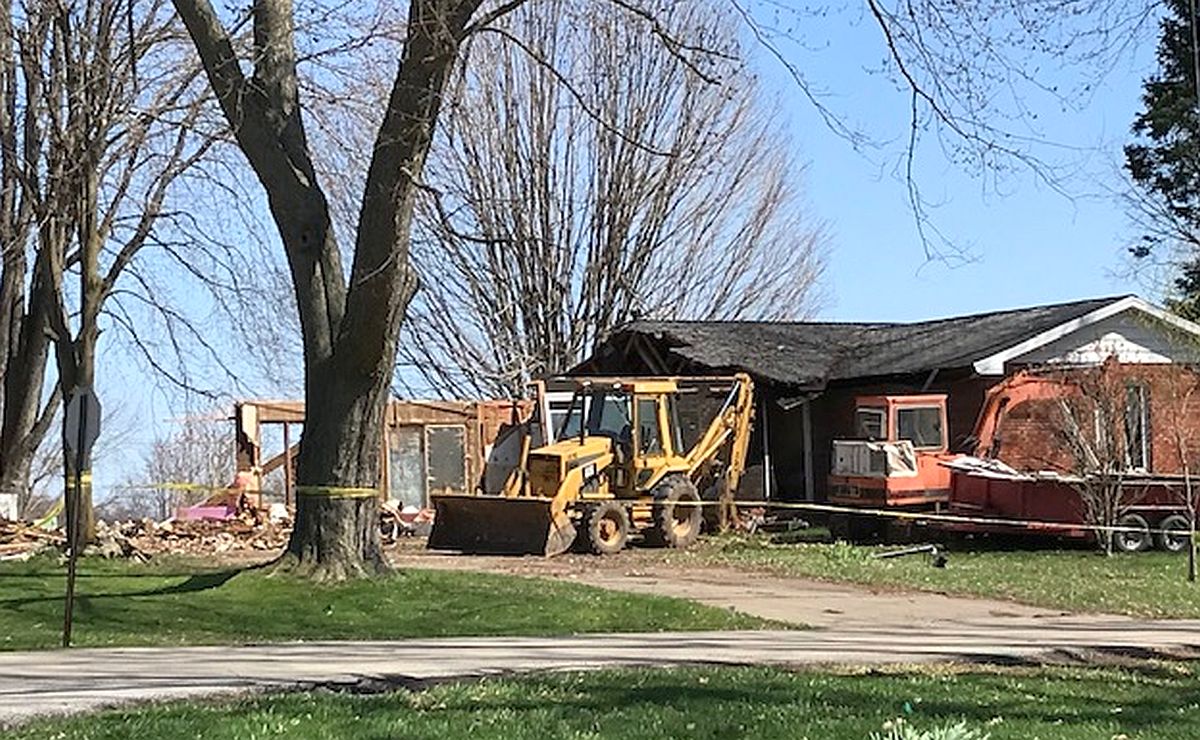 Plymouth Mayor Mark Senter told members of the Board of Public Works and Safety the demolition crew was set up at 1808 Hillcrest Avenue to demolish the hoarder house.

In November of last year, the board granted Eduin Rodriguez, the new owner of the property an extension to get the home torn down.  This is the home he purchased from Judy Casbon in September for $40,000 site unseen. Rodriguez had been a family friend but hadn’t been in the home since he was a teenager.

After Ms. Casbon left town, it was discovered that at least 2-dozen dogs had been living in the house and were left there.  That’s when the city learned the extent of the filth, deplorable and unsafe condition of the single-family home.

The city building inspector issued a demolition order and Mr. Rodriguez said after paying cash for the home he didn’t have the funds to complete the demolition.  That’s when the city gave him a 120-day extension.

As he said he would do in November, the house is coming down and hopefully, another one will be built on that site.