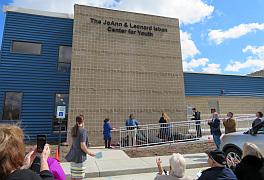 A private dedication ceremony was held Thursday for the news Boys and Girls Club building in Plymouth. 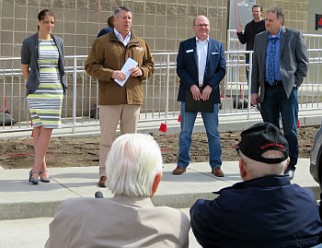 John Oliver the III, President of the Board of Directors welcomed those gathered and reminisced a bit about the early beginnings of the Boys & Girls Club.  In 1995 Leonard and JoAnn Isban decided to help the community by creating a Boys & Girls club in Plymouth.  The purchased an old restaurant on East Jefferson Street, modified it and started accepting kids.  In 2016 there was a big flood and the club experienced a lot of damage.  After getting everything back in order Leonard and JoAnn began thinking of the future and making a plan for the club. 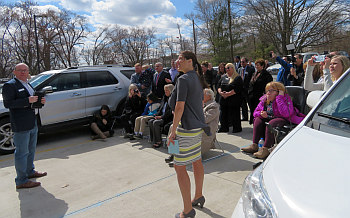 In 2016 at one of the monthly board meetings Leonard came in and said he wanted to give some money to redo a couple of rooms in the club.  When Mr. Isban left the board of directors said it was time to do something more and look at helping a growing segments of kids, 5 to 8 year olds that couldn’t come to the club because there just wasn’t room for them. 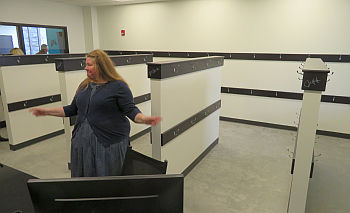 Gaining the support from the Isbans, the board of directors began a capital campaign to raise the funds needed to build a brand new Boys and Girls Club.  Oliver said, “They (Leonard & JoAnn) carried the burden for years of making the Boys and Girls Club work.  They challenged us (board of directors) with challenging the community to come up with the idea and the backing to make this happen.” 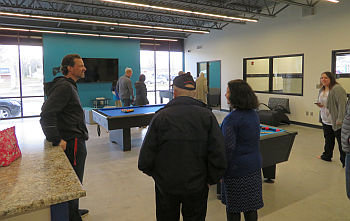 Billie Treber, executive director of the Boys & Girls Club said, “The compassion of Leonard and JoAnn Isban for family, friends, the community and especially the children of Marshall County is boundless.  They are the shining star we all strive to achieve.”  She then unveiled the signage on the east side of the building dedicating the building as the Leonard and JoAnn Isban Boys and Girls Club. 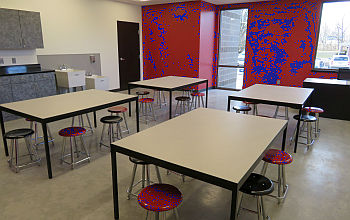 Art Jacobs, President of the Boys and Girls Club gave the closing remarks and said, “I think the village can raise a child.  I look at this and I feel like we are part of that village.”  He encouraged those taking a tour of the building to remember the new and the old, where they come together.  This building is giving children an opportunity.” 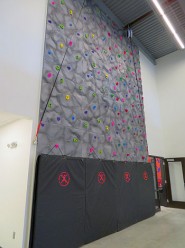 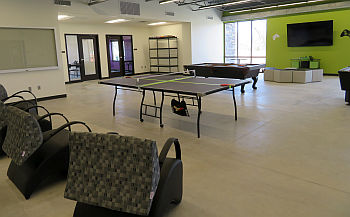