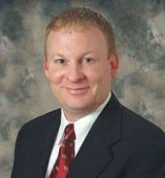 Following the formal swearing-in ceremonies, the Indiana General Assembly convened for the first time leading up to the 2017 legislative session.

Organization Day, as it’s commonly called, provides legislators an opportunity to meet with other lawmakers and staff to discuss legislative topics. The 2017 legislative session will reconvene January 3 and, by law, must end no later than April 29.

During the upcoming session, lawmakers will be crafting the state’s next two-year budget, which will fund all state government services, including education, infrastructure and public safety.

To stay informed as the legislature considers new laws, visit www.in.gov/iga. On this website, you can stream committee hearings and session meetings and view legislative calendars, agendas, vote tallies and proposed legislation.

Head said, “As your Senator, I value your input as I participate in policy discussions at the Statehouse. Contact my office with any questions, concerns or comments you may have by email at Senator.Head@iga.in.gov or by phone at 800-382-9467.”