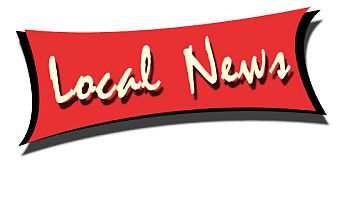 07/29/12 Organizers of the annual motorcycle ride to raise money for Christmas For Kids (formerly known as Shop With a Cop) have stepped up this year’s preparations. The event, that has raised thousands of dollars over the last six years, attracts some 135 riders each year. The proceeds of the ride are added to other fundraisers held by members of Plymouth FOP 195 and are used to take area kids who might not otherwise have an opportunity to go shopping for Christmas for themselves and their families. Last year approximately 348 children were included.

Last year the motorcycle event raised a donation of $7, 500.

Helping to get the word out is one of the organizers, Jeff Stewart.  Stewart said this year’s approximately three-hour ride will be held on Saturday, August 24.

The ride route will start at the Young Amphitheatre in Plymouth and progress through Rochester, Star City, and Bass Lake. An auction and pulled pork meal will be waiting at the end of the ride at the VFW on Lake Street in Plymouth.

Participants, including both the bike drivers and passenger, each pay $10 that includes a meal, rest stop snacks, and a T-shirt. Anyone from the public wanting to join in just the meal and auction can purchase tickets at the door for $10 and receive a commemorative T-shirt as well.

Hosting the dinner will be Bruce Ruffing’s Big Grill. Rest stops along the way will be at Putt’s in Rochester and Sporty’s at Bass Lake. There may also be a stop in Star City. Stewart said, “Besides providing snacks and beverages for our riders, both Putt’s and Sporty’s usually make a monetary donation.”

Those joining the ride itself are asked to register at the Young Amphitheater between 8:00-10:30 a.m. when they can pick up their T-shirt and enjoy coffee and donuts.

Stewart said, “This event is very humbling. There are a lot of people out there needing help.” He also sees the ride as a way for the public to gain positive attitudes towards bikers in general. He said, “We see many of the same faces and a lot of new faces at the ride every year. This is a supportive group of people who donate to a very worthy cause.”

He said, “This is really a family of good people.”

Stewart said he feels bikers come back every year since everything connected with the event, including the financial accounting, is open.

They also welcome support from the community. Stewart said they contact local businesses for auction items, sponsorships on the event commemorative T-shirt, gift certificates and other hand made items.