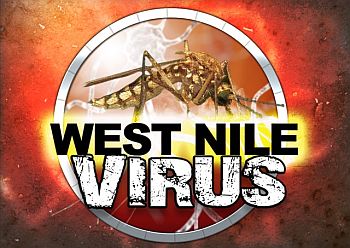 09/16/11 Marshall County health officials announced that a mosquito pool has tested positive for the West Nile virus in the county.  West Nile has been around for several years now and tends to be more of a threat in late summer until the first hard frost in autumn knocks the mosquitoes down.

“As people are outside, I want them to be aware of this risk for infection with West Nile virus from mosquitoes, and I strongly recommend they take the simple precautions necessary to protect themselves,” said Byron M. Holm, M.D., Marshall County Health Officer.

West Nile virus is transmitted to humans by mosquitoes that have bitten an infected bird. The virus usually results in a mild illness known as West Nile fever, which can cause fever, headache, body aches, swollen lymph glands, or a rash. However, a small number of individuals can develop a more severe form of the disease with encephalitis or meningitis and other neurological syndromes, including flaccid muscle paralysis.

“West Nile virus is potentially a very serious disease,” said Dr. Holm. “The good news is it is also preventable.” Dr. Holm urges county residents to take the following protective steps when they are outdoors:

Health officials report that although individuals over age 50 are at greatest risk for serious illness and even death from West Nile virus, people of all ages have been infected with the virus and have had severe disease.