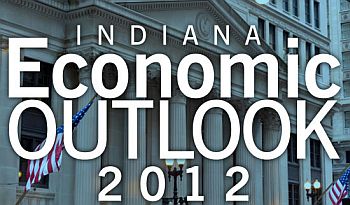 06/06/12 The release of employment figures for May 2012 coupled with Europe’s rising debt crisis marks a clear indicator that the United States is either in — or at the precipice of — another cyclical downturn.

The U.S. Department of Labor said today that 69,000 jobs were created in May, falling short of the projected 150,000. The unemployment rate rose to 8.2 percent from 8.1 percent.

“Most job growth occurred in sectors which are largely insensitive to business cycle activity, with declines and static job growth occurring in those industries most likely to exhibit recessionary shrinkages,” Hicks said. “While Indiana continues to do well, with preliminary April 2012 data indicating the state produced one out of eight net new jobs nationally, the Hoosier experience is unlike the national job creation numbers.”

At the average job growth numbers of February through May 2012, the U.S. will not return to its prerecession level of employment until 2019-2020, Hick said.

“There are conditions suggesting this recession will be milder than typical, more like the 2001-02 recession,” Hicks said. “The most obvious is that U.S. companies are lean and profitable, with robust productivity growth allowing them to resist downsizing during a mild recession. Also, further shrinkage of the labor supply seems unlikely, which will prevent upward pressure on wages and prices.”