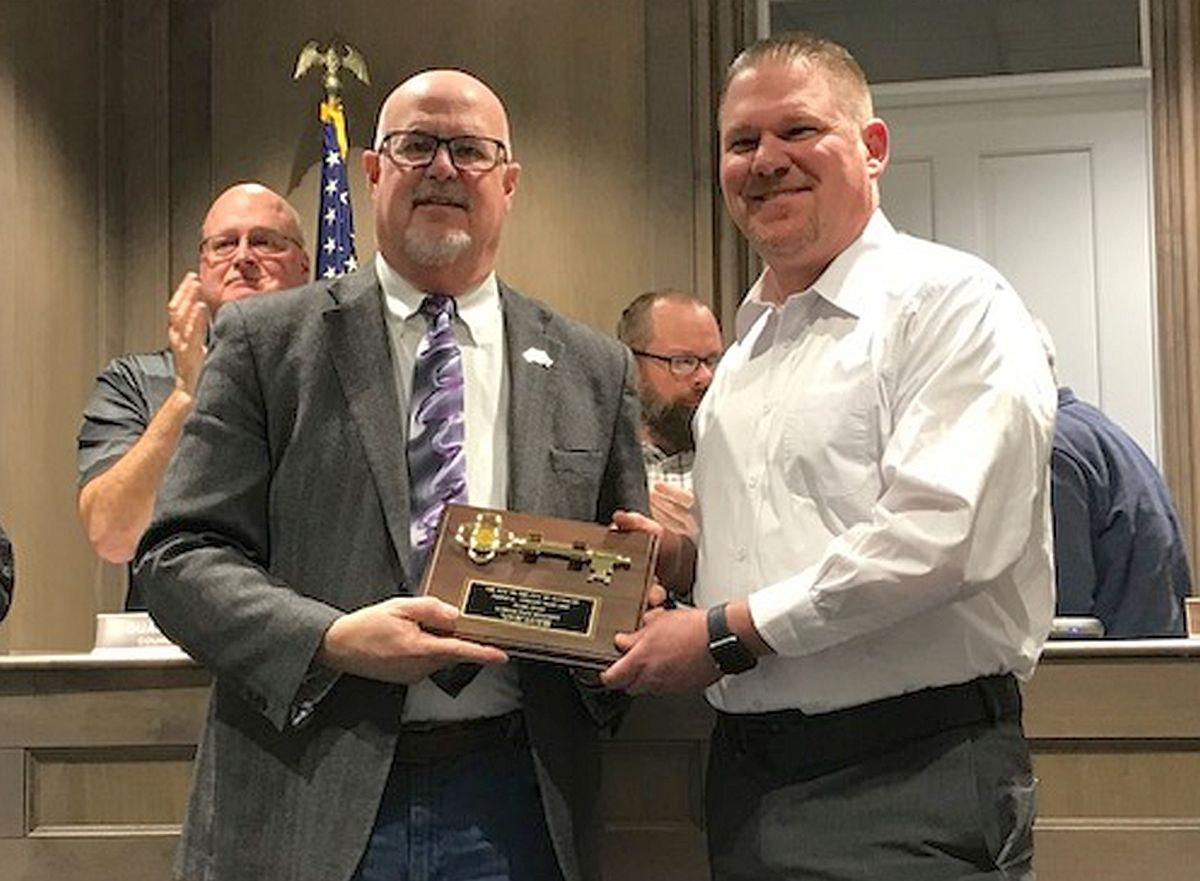 Monday evening during the Common Council meeting, Mayor Mark Senter read a Proclamation honoring Mark Owen for his years of service to the Plymouth Police Department and the citizens of the community.

The proclamation said, “Assistant Chief Mark Owen has dedicated his life to this community, and has demonstrated in many practical ways his deep and genuine love for the Plymouth Police Department, the DARE Program, and the City of Plymouth.

Growing up in Hannah, Indiana, Mark went to South Central High School graduating in 1988. He then joined the US Air Force spending most of his time in Louisiana and South Korea.

Officer Owen joined the Plymouth Police Department on July 18, 1994. He was promoted to sergeant in 2005 and assistant Chief in 2013. From 1999 to 2022 Mark was the local coordinator of the Drug Awareness Resistance Education program, also known as DARE, mentoring more than 5,000 Plymouth students over those years.

Married to Melissa since 1996, Mark has two children: Travis, a current IU medical student, and Kelsey a senior at DePauw University.

Mark Owen has also worked at Martin’s Supermarket as security since 2006. His next stop is working for Walden Security at the US Federal Courthouse in South Bend.

Mark’s leadership and commitment to our community is renowned and he has earned the respect of other officers and DARE coordinators and the affection of a host of area residents who are proud to call him ‘friend’.”

Mayor Mark Senter on behalf of the City Council and the citizens presented Assistant Chief Mark Owen the Key to the City of Plymouth.

His last day on the job will be January 31.