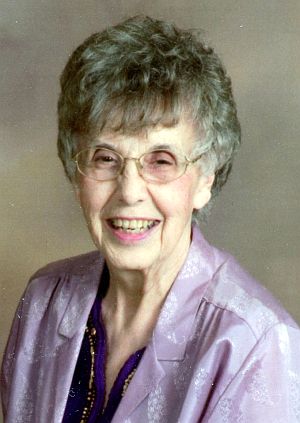 Betty Jane (Carothers) Wade, 93, of Plymouth, passed away peacefully at We Belong Senior Home in Plymouth, IN on January 10, 2023.  She was born January 31, 1929, in Plymouth, IN, the daughter of Alton and Rose (Halt) Carothers.

Betty grew up on her family’s 350-acre farm in North Township on Michigan Road.  She loved the farm life, always helping with the various farm chores.  She especially enjoyed milking the cows.  She developed a love for traveling early on through family vacations.  Her most memorable vacations were to the World’s Fair in 1939 in New York when she was 10 years old and a trip to California to visit family.

Betty attended LaPaz High School and graduated with the class of 1947.  In January 1948 she started working as a secretary at the Farm Bureau Insurance office in Plymouth and worked there for eleven years.

Betty was very active in her community.  She was a proud member of Farm Bureau for over 50 years.  She served on the county Farm Bureau board as Township Women’s Leader and, later, the county Women’s Leader for 14 years.  In 1974, Betty ran for West Township Trustee and was elected.  She served three terms that lasted through 1986.  In the 70’s, she served on the Marshall County Welfare Board for several years.  She was a past member of the Lakeview Home Ec. Club.  Betty was also a dedicated member of Marshall County REMC, serving on the board for 15 years.

In her early years, Betty was involved in the Rural Youth program, and it was there that she met her future husband James E. Wade.  The two were wed on August 24, 1952, in the Calvary Lutheran Church where Betty continued as a member to this day.  In 1965, the couple purchased the Wades’ home and family farm in West Township.  Just as in her youth, Betty enjoyed the farm life with her husband Jim, raising Hereford beef cattle.  She and Jim spent time traveling across the U.S. and even into Canada, pulling their fifth wheel trailer and making new friends everywhere they went.  For 13 years, they traveled to Zephyrhills, FL in the winter months.  Betty enjoyed gardening, sewing, working puzzles and word games, playing bingo, and playing euchre.  Her greatest joy was spending time with family members, telling stories of growing up, and watching her family members grow.

Everyone who knew Betty will greatly miss her loving and caring personality.

Funeral services will be held on Tuesday, January 17, 2023, at 10:30 at Calvary Lutheran Church, 1314 N. Michigan Street, Plymouth with Pastor Eric Ahlemeyer officiating. Visitation will resume one hour prior.

Burial will be in the Walkerton Woodlawn Cemetery.

The family would like to thank the staff at We Belong Senior Care in Plymouth and Elara Caring for their compassionate care.

Memorial gifts may be given to Calvary Lutheran Church in Plymouth or the Marshall County Neighborhood Center, 402 W. Garro St., Plymouth, IN  46563.