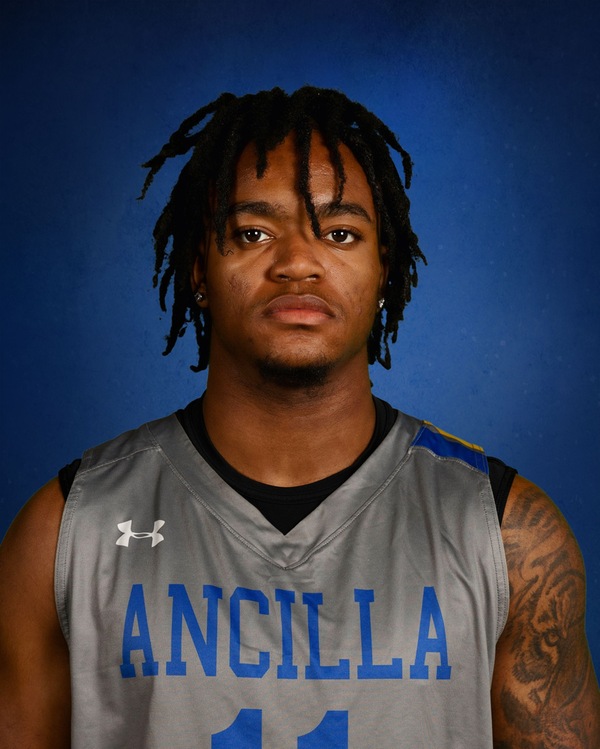 DONALDSON — The MU Ancilla Chargers men hosted Don Bosco Prep hoping to head to their Christmas Break on a positive note and that is exactly what they were able to do.
The Chargers jumped out early and led a back-and-forth game 46-38 at the half. It was the Chargers who set the tone defensively in this matchup, holding a high-powered Don Bosco team to just 38 first-half points.
MU Ancilla shot the ball well as they were able to stretch their lead out late in the half. A huge scoring barrage in the second half where the teams combined for 122 points ended with the Chargers on top by a final score of 109-97.
Jo Coleman and Maurice Russell continued their red-hot play to lead the Chargers. Coleman scored 28 points on 7-13 from the field which included 4-7 from the 3-point line. He also was a perfect 10-10 from the free throw line. Russell followed with 25 points on 9-14 shooting from the field. DeWayne Robinson added 18 points and Zach Dutton rounded out double-figure scorers with 13 points.
The 109 points represented the 2nd highest output of the year, behind the 117 points scored in an OT contest with Grace College JV. With the win, MU Ancilla moves to 8-2 at the semester break. They will return to action on January 3rd as they host the defending National Champion, South Suburban College before they take on Hocking College on Jan. 5.