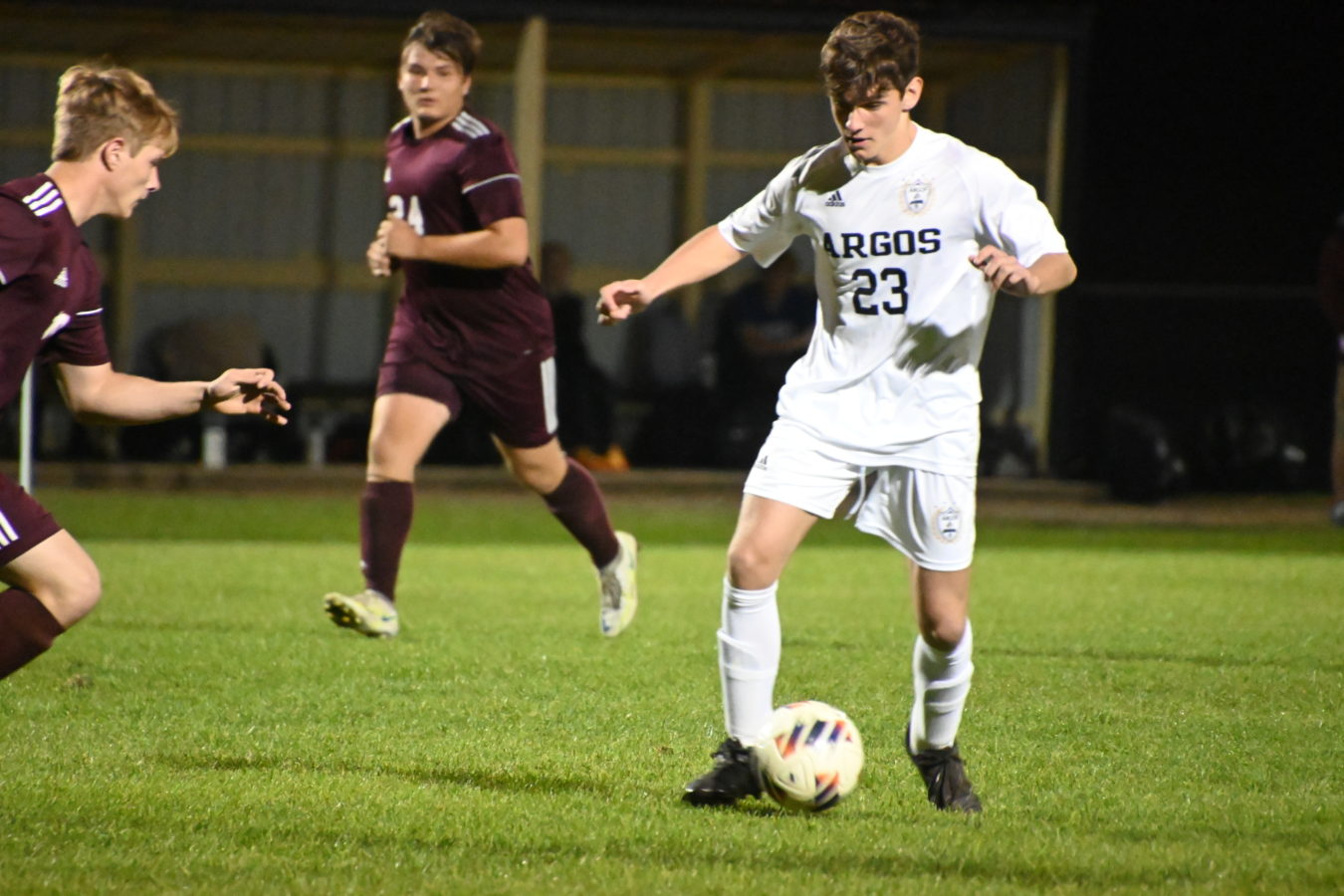 ARGOS — It has been an uncharacteristically rough year for Argos soccer, but don’t tell them that as they sent a statement with a 7-0 win over Winamac in semi-final soccer action at Eugene Snyder Field.
From the opening kick, the Dragons were on the offensive and never let off the pedal.
“This is probably the best I’ve felt all year,” said Argos coach Tod VanDerWeele. “I mean we’ve had an awfully rough season. We’re so young, but we’ve played really well it’s just getting them to understand they need to do that every game. tonight everything finally clicked.”
Argos scored early with a Nate Manikowski goal just four minutes in. Four minutes later Luke Stults nailed the back of the net and the Dragons never looked back.
Manikowski would add a hat trick goal in the second half and in between A.J. Mills buried two.
“I’m very happy with the effort and the spirit, “It would have been really easy for us to stop playing before the tournament, and kudos to them. We’ve been pleading and begging and I’d like to say that I knew they were not gonna give up but I mean they are teenage kids and you never know. I’m relieved that they didn’t give up cause they deserve it.”
The Dragons play Saturday at 7 p.m. at Eugene Snyder Field for the sectional title against North White.
•ARGOS 7, WINAMAC 0
at Argos
Scoring:
First half
A — 36:27 Manikowski
A — 32:13 Stults
A — 24:02 Mills
A — 16:46 Mills
A — 3:58 Manikowski
Second Half
A — 30:23 Manikowski
A — 18:56 Estrada