Gerber and Wiedeman CMA Athletes of the Month. 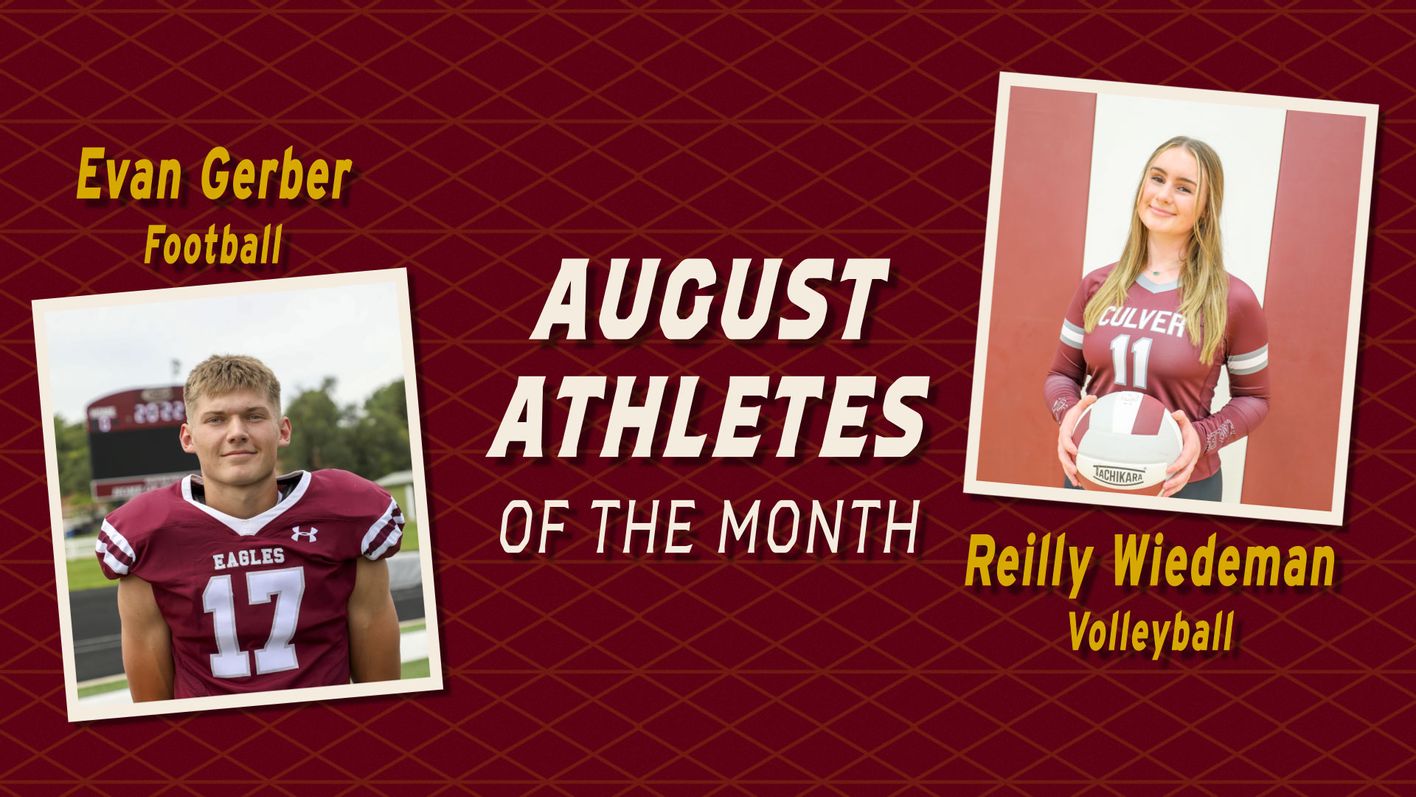 CULVER — Gerber, a 6-foot-5-inch senior from Hudson, Ohio, plays tight end and defensive end for the football team. Gerber was also named the MaxPreps Indiana High School Athlete of the Week for the first week of the football season.  Additionally, Gerber tallied seven sacks through two games, which led the state of Indiana, and was fourth most in the nation, according to MaxPreps.
“Evan’s commitment to building himself into a football player the past 3 years is impressive,” coach Andy Dorrel said. “We had high expectations for Evan heading into his senior season, and we’re pleased to see his hard work making such an impact so early. Evan is an outstanding student in the classroom, a leader in his living unit, and plays the drums in Culver Military Academy’s marching band. Additionally, Evan plays first base for the Eagles in the spring. Evan is the type of multi-sport, scholar-athlete in which everyone in the Culver family takes great pride in supporting and cheering. We are looking forward to Evan’s leadership and competitiveness to lead the Eagles throughout the football season.”
Wiedeman, from Wheaton, IL, is a senior captain on the varsity volleyball team and has stood out to coach Matthew Boland early in the season.
“Reilly has been a great leader for us thus far,” Boland said. “Her teammates describe her as hard working, easy to talk to, wants the best for the team, and gives good advice. This year she has stepped into a new role as an outside hitter playing all six rotations.”
Wiedeman is also the team leader in points, first in aces and second in kills.