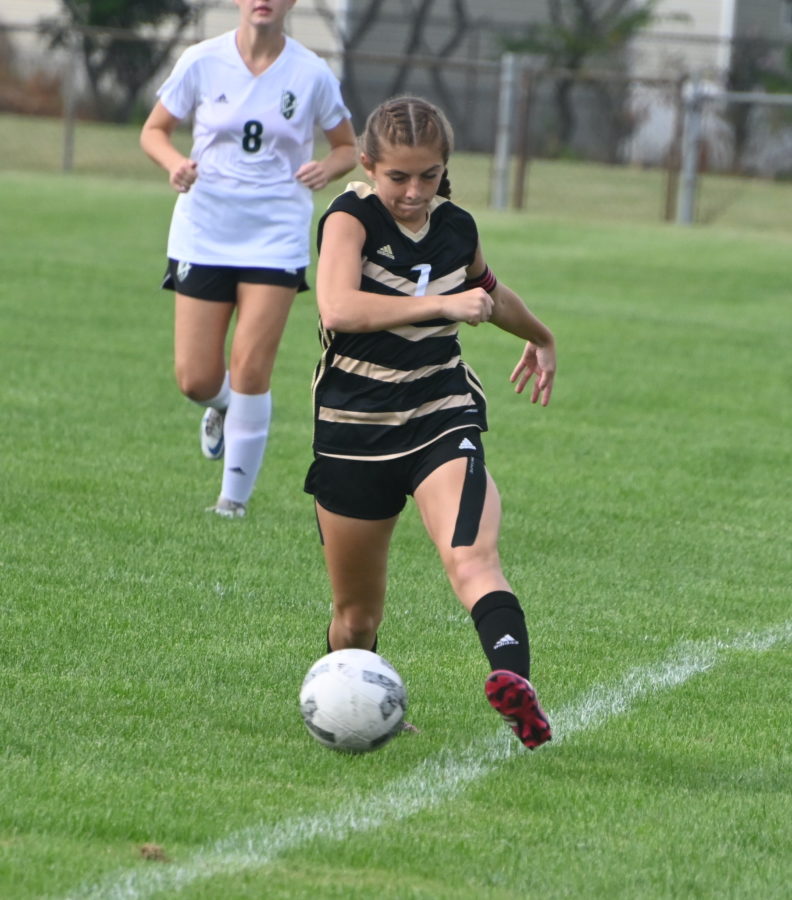 ARGOS — The struggle continued for the Argos Lady Dragons as they dropped their second game of the year to Trinity 2-1.

A shot by Trinity’s Maggie Karban that just slipped out of the arms of Argos keeper Alydiah Leed with under two minutes was the difference in a tightly played match.

“I just told the girls this is the most talented team I’ve coached at Argos one through 11 but we are not a team,” said Argos coach Joe Stone after the game. “We have seven individuals out there and four that want to play as a team. Until we fix that this is what is going to happen.”

It seemed that the Lady Dragons would hold off Trinity for the entire evening after Bella Stults snuck a corner kick into the goal over the outstretched hands of Trinity keeper Katelyn Adams just three minutes into the contest.

“We’ve got a senior-laden defense. Juniors and seniors for the whole defense,” he said. “Three of them are four-year starters. They should know how to handle pressure like that. Our girls know how to play. There is just something going on with them right now that we have to figure out.”

In the second half the momentum changed with both teams taking the offensive but Trinity would have the better of it.

A penalty kick from Anna Cullinan to tie it up with 7:22 to play would be the real turning point in the game.

“We had finishes that we should have had easy, that we scored like crazy last year and right now we are struggling to finish,” said Stone. “We are looking for some answers right now. This could have been the conference final right here and Trinity could win the conference for the first time ever. It’s going to be a tough one.

Trinity will remain unbeaten at 4-0 on the year while the Lady Dragons are now 1-2-2.

The Lady Dragon Invitational for this Saturday has been canceled due to a lack of numbers for some of the teams involved.

In its place, Argos will take on Glenn in a single game starting at 1 p.m. at Eugene Snyder Field.