Rocky start for Plymouth in opener 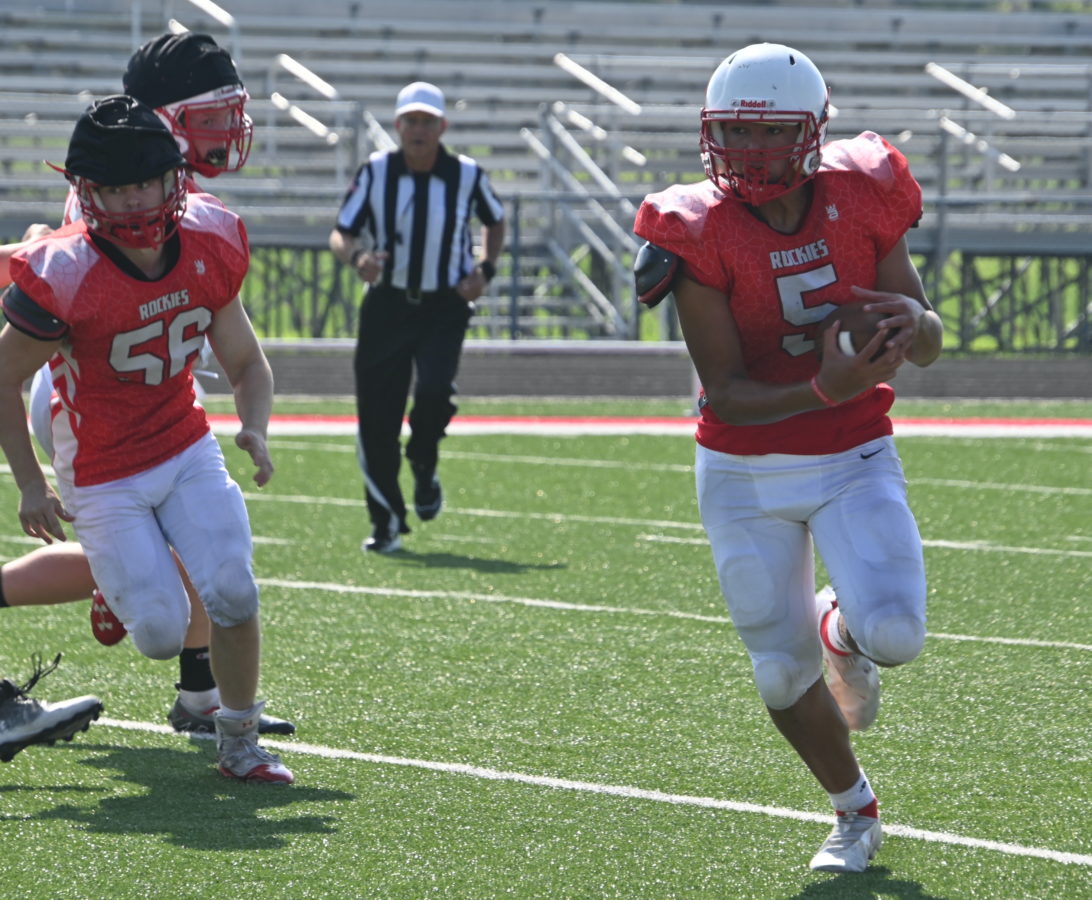 KENDALLVILLE — A long ride turned into a long night on the scoreboard for Plymouth’s Rockies in a 51-7 opening night loss to East Noble but it was far from unproductive.
A young lineup showed a lot of promise in dealing with a solid veteran team.
“It was just too fast at times,” said Plymouth head coach Adam Handley. “We have three sophomore linebackers but we told them we are done saying that. You are a varsity football player. We chose to make you a varsity starter regardless of your age. If you are a 13 year old freshman you are still a varsity starter, and you’ve got a game under your belt now so we don’t care how old you are.”
Some mistakes late in the second half ran the halftime score to 37-0.
“I wasn’t worried about the score at halftime,” said Handley. “We told them that we wanted to execute the things that we need to work on. I’m done making excuses about how young we are but everybody knows we have four guys with varsity experience and it shows.”
Defensive struggles were the biggest for the Rockies who held tough and turned away the first East Noble possession, but wouldn’t be able to do so again in the first half.
“We were in the game until five minutes to go in that first quarter and then the wheels fell off,” said Handley. “We had a couple of bad plays and then our youth and inexperience showed.”
The offense was a bright spot as the Rockies were able to move the football effectively for most of the game. A real bright spot was starting quarterback Exsander Ramirez.
“Exsander Ramirez played his butt off,” said Handley. “Its great to see. Getting some leadership from a sophomore. The sky is the limit for him. He’s a fantastic young man and we’re excited to see where he goes from here.”
In his first varsity start Ramirez was solid in leading the Plymouth spread offense, both running and throwing the football.
“We were able to move the football and really that’s kind of frustrating at the same time,” said Handley. “We gave them (East Noble) some short fields didn’t hit on a fake punt so we gave them a lot of points. We shot ourselves in the foot, a couple of penalties, a couple missed assignments and that’s where you end up.”
Plymouth was able to get on the board on their final drive of the game when Finn Holm shed several Knight tacklers on his way to a scoring run.
Things don’t get any easier in the next two weeks with road games, first at Kokomo and the following week at Warsaw.
Plymouth starts out 0-1.
•EAST NOBLE 51, PLYMOUTH 7
at East Noble
Plymouth 0 0 0 7 — 7
East Noble 23 14 7 7 — 51