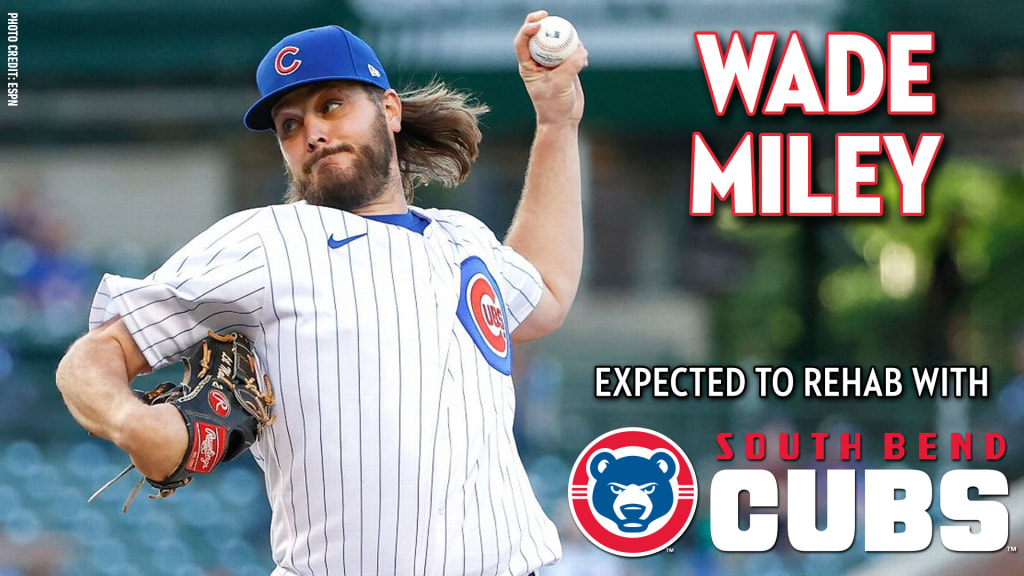 Miley was originally placed on the injured list with a shoulder ailment, and last pitched in the Major Leagues on June 10 in The Bronx against the New York Yankees. Miley worked three scoreless innings that day versus New York, and struck out two batters.

It will be a homecoming of sorts for Miley when he pitches at Four Winds Field. The left-hander, who came up with the Arizona Diamondbacks organization, played with the South Bend Silver Hawks in the 2009 season for manager Mark Haley. The southpaw started 21 games, and went 5-9 with a 4.12 ERA. In just over 113 innings, Miley walked just 29 and struck out 91 Midwest League batters.

Miley joins fellow Cubs lefty Drew Smyly as the two Major League players to rehab with High-A South Bend this season. It is not yet determined how long Miley’s outing will be on the mound.

The South Bend Cubs lead the Midwest League West Division by four games over Cedar Rapids as the second half of the campaign is rolling right along.

First pitch on Friday night is set for 7:05 PM, with Fantastic Friday Fireworks slated to follow the game. Tickets are available at SouthBendCubs.com.