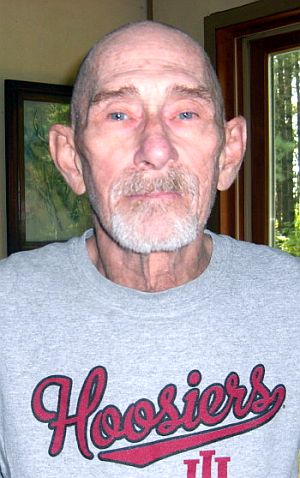 Roger F. Garbers, 81, passed away on Sunday, July 24, 2022 at home surrounded by his loved ones.
Born on November 14, 1940 in Chicago, Illinois he was the son of Albert and Mary (Johnson) Garbers.
He attended Steinmetz High School in Chicago graduating with the class of 1958. He proudly served his country with the U.S. Army and as a Merchant Seaman.
Roger and Patricia met each other in Chicago working at M&M Mars Company. Roger told his coworker that was the woman that he was going to marry, and on February 6, 1971 in Northlake, Ill two became one. They shared 51 years of wonderful marriage.
Roger was a welder working for Pirod Inc. for over 20 years before retiring. He was known as meticulous, everything just had to be in order. Patricia and everyone that knew Roger well would tell you he was reliable and he always stood up for what was right.
He loved riding his Honda Rebel motorcycle, listening to the blues owning up to over 1,000 cd’s. Roger and his son would often spend time together around a camp fire which became some of his fondest memories.
Patricia and Roger loved to slow dance together in their house, which showed the type of love they had for each other.
He is survived by his wife Patricia of Plymouth; son Roger W. Garbers of Plymouth; brother Bob Lemon of Denver, CO; sisters: Peggy Quick of Bloomington, MN; Margerie Lahr of Clarksville, IA; cousin Sandy; grandchildren: Jade Garbers and Zachary Campos.
Roger is preceded in death by his parents.
Visitation will be held on Monday, August 1, 2022 from 4-7 pm at the Johnson-Danielson Funeral Home, 1100 N. Michigan Street, Plymouth.
Funeral services will be held on Tuesday, August 2, 2022 at 11 am at the funeral home with Life Celebrant James Smart officiating.
Burial will take place in the New Oak Hill Cemetery.
Condolences may be sent to the family through the website: www.johnson-danielson.com