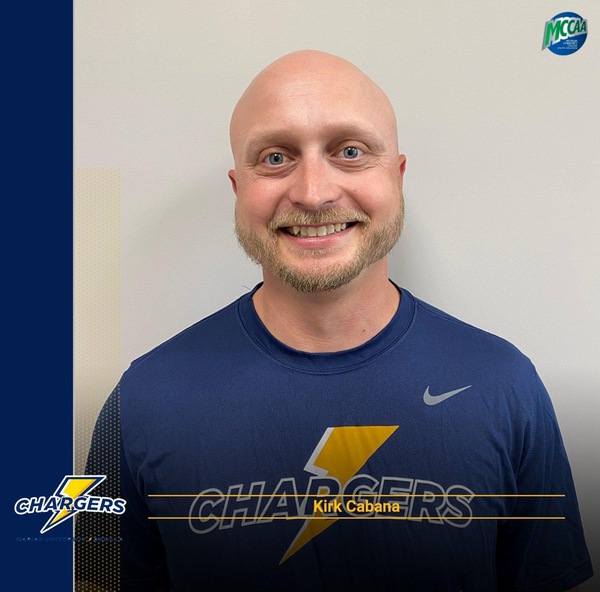 DONALDSON — Kirk Cabana has been named as the new head baseball coach at Marian University Ancilla.
Cabana comes to the Chargers from Carolina University in Winston-Salem, NC. Serving for 3 years as the Assistant Coach and Recruiting Coordinator.
In his two recruiting classes, Cabana helped bring in talent that led the Bruins to back-to-back NCCAA World Series appearances. The 2022 campaign saw Carolina University go 36-15 and produce a 20 game winning streak, an NCCAA South Region Championship, and a trip to the World Series.
The offense at Carolina University exploded over the past two seasons with Cabana as the hitting coach while breaking every program record in the 2022 season, both individually and as a team. This year the Bruins had a .353 AVG, 73 HR, 448 RBIs, to lead the NCCAA in the Triple Crown of offensive stats. For their efforts, the Bruins produced two All-Americans and eight All-Region selections.
Cabana started his coaching career as the Head Coach of the Puerto Rico Collegiate League in the summer of 2019, then joined the staff of Carolina University in the Fall of 2019. Cabana also served as the Bench Coach of the HPT HiToms, a member of the Coastal Plain League, a top-five nationally recognized summer collegiate baseball league.
That team has produced multiple MLB Draft picks, professional baseball signees including a 1st Round Draft pick. He then became the head coach for the Carolina Disco Turkeys, a collegiate summer team whose branding has taken the baseball world by storm.
“I am honored, blessed, and extremely humbled that I have been trusted to become the next Head Coach of the Marian University Ancilla College Chargers,” said Cabana. “I am grateful that our Athletic Director Brian Pearison sees the passion and vision I have to bring this program toward the success both on and off the field that lives ahead. I want to say thank you to my wife for being by my side through these unique changes in our life, and to the people who have mentored and molded me to help me obtain this position. I also want to thank Jamie Lowe and the players I have had the opportunity to coach at Carolina University, as their commitment to excellence in all areas of their life is a major part of the reason I have been able to earn this opportunity.”
“There is a great foundation to build upon at Marian University Ancilla, and I’m beyond excited to take it the rest of the way,” he said.
Cabana graduated from Southern New Hampshire University with a B.A. in General Studies with a concentration in Business Administration. He is set to complete his M.Ed in Counseling, School and Educational Psychology with an emphasis in Positive Coaching and Athletic Leadership from the University of Missouri.
Coach Cabana played both football and baseball collegiately. Cabana most notably played college baseball at Citrus Community College in Glendora, CA, where he made the team at the unorthodox age of 30 years old.
Marian University Ancilla’s Athletic Director Brian Pearison states “Kirk will be an excellent addition to Marian University Ancilla and our baseball program. His experience, leadership, and tenacity in coaching and recruiting leave no doubt in my mind that he will do great things here”.
Alongside all of Cabana’s successes, he is also the Founder of Pursuit 4 Purpose, a character development, and goal-setting organization designed to help athletes and coaches become the best versions of themselves on and off the field.
He hosts a podcast that interviews top minds in sports about different principles and values that lead to helping us become our best.
Originally from West Covina, CA, Cabana moved across the country to Winston-Salem with his wife Katie and son Kooper and will now move to Indiana with twin boys on the way.