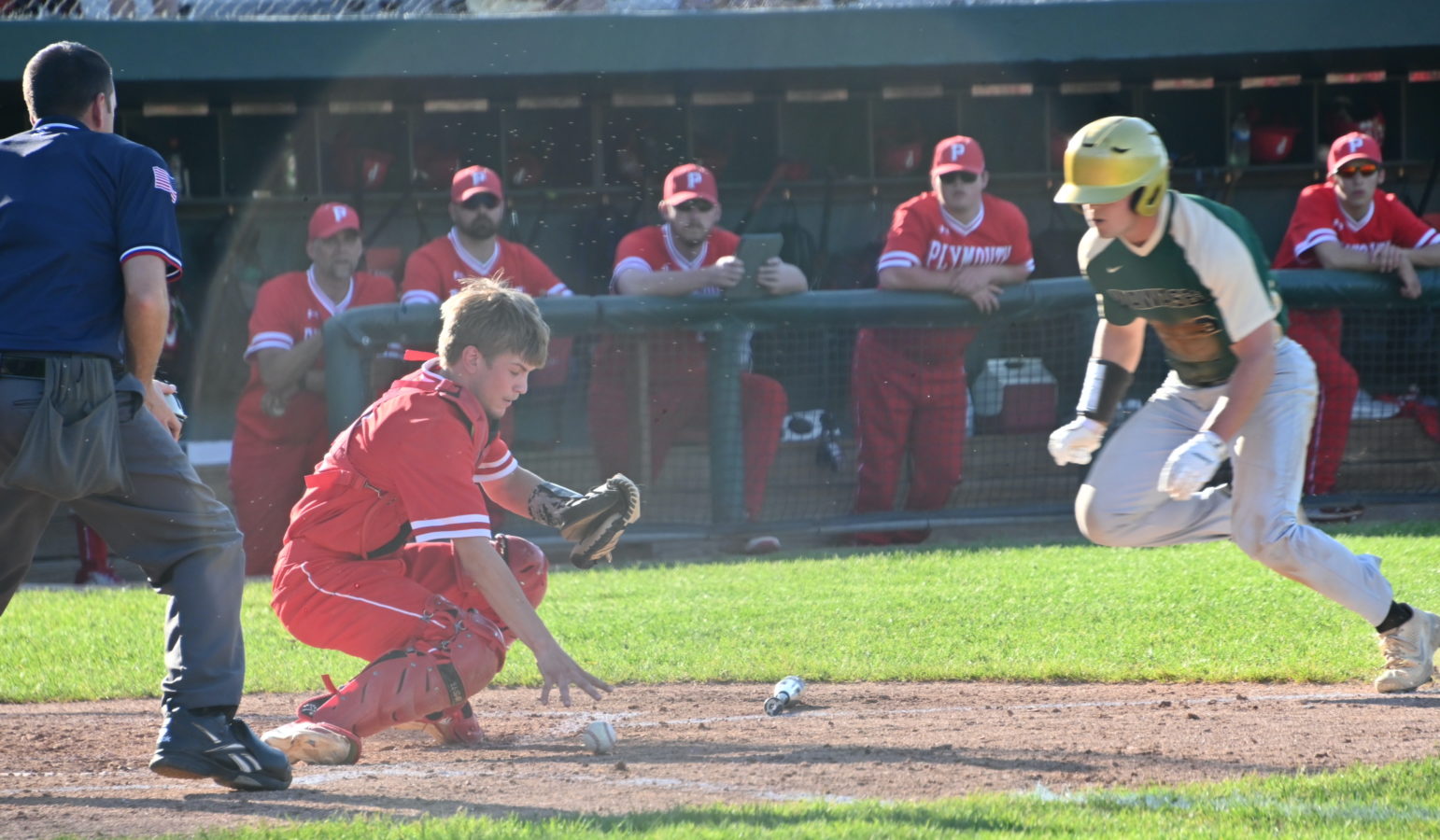 PLYMOUTH — For the seventh time in seven days Plymouth’s Pilgrims were playing a ball game and seven proved to be an unlucky number as Wawasee used seven hits and seven stolen bases to score seven runs and take an NLC win 7-0.
Warrior sophomore starter Kaleb Salazar was masterful on the mound throwing just 89 pitches and giving up four hits and a pair of walks in taking the shutout.
“We played terribly and they played good, pure and simple,” said Plymouth head coach Ryan Wolfe. “We didn’t ride a bus here but we didn’t get off the bus. I don’t know what to say.”
Two-out hits were the story of the game as Wawasee was able to plate three runs in the second with two out the big blow by Salazar with a double to give himself all the runs he would need.
Wawasee got three more in the fourth — two with two out — to provide a cushion. After two out in the seventh, they plated another for good measure.
Meanwhile, Salazar was limiting the Pilgrim’s opportunities. Plymouth had a runner in scoring position just three times in the game and had just six baserunners on the night.
“We didn’t have very good swings and we didn’t make any adjustments,” said Wolfe. “He (Salazar) was right around the plate. He’s not going to blow you away. You just have to figure out a way.”
“We hit a couple of balls hard but we couldn’t get much going offensively.”
Skyler Aker had the only extra-base hit, a double for the Pilgrims.
Cam Shively came on in relief of Plymouth starter Tanner Feece pitching two scoreless innings out of three striking out three and not walking a batter.
“He looked really sharp,” said Wolfe. “He’s probably a guy that we are going to rely on later on in the season, especially when we get into the sectional as a guy we can count on out of the bullpen.”
Plymouth is now 11-12 on the year and has a weekend off before heading to NorthWood for an NLC contest on Monday.
•WAWASEE 7, PLYMOUTH 0
at Bill Nixon Field
Wawasee 0 3 0 3 0 0 1 7-7-1
Plymouth 0 0 0 0 0 0 0 0-4-2
WP — Salazar. LP — Feece. 2B — Salazar (W), Aker (W).