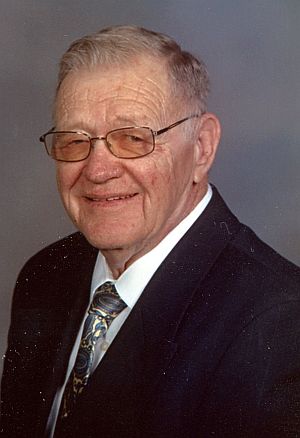 Roger D. McCan, 90, passed away on Saturday, April 16, 2022 at Miller’s Merry Manor Assisted Living surrounded by his family.
He was born on March 22, 1932 in Plymouth, Indiana to Thomas A. and Florence Pauline (Buckingham) McCan. Roger attended Plymouth High School graduating with the class of 1950. Upon graduating he enlisted in the Army serving in the Korean War with the 25th Division of the 8th Field Artillery. Roger was honorably discharged in 1954.
On January 13, 1957 he married Arlene A. Fouts at the Evangelical United Brethren Church in Teegarden, she survives. He worked for Nipsco as a General Service Supervisor for 39 years retiring in 1990.
Roger and Arlene traveled extensively throughout the fifty states, Canada and Mexico. They spent their winters at Harlingen, TX and New Smyrna Beach, FL. He was a member of the Plymouth Church of the Brethren where he was a Deacon and served on the Trustee Committee. Roger served for two years as Exalted Ruler of the Benevolent and Protective Order of the Elks Lodge #2548. He was an honorary founder of the Elks National Foundation and served as a District Deputy. He was a life member of the Veterans of Foreign Wars 1162 in Plymouth and a member of the LaPaz Lions Club where he was the past president.
Roger was a baseball coach for the LaPaz Little League and LaPaz Traveling League and a member of the NIPSCO golf league at Plymouth Rock Golf Course.
He is survived by his wife Arlene of 65 years of Plymouth; son Donald (Sarah) McCan of Plymouth; grandchildren: Matthew David Arthur McCan of Lafayette, IN; Sean Michael Joseph (Megan) McCan of Lafayette; Sacchy Demair of Plymouth; great-grandchild McKai McCan of Lafayette, IN; as well as several nieces and nephews.
Roger is preceded in death by his parents and his brothers Virgil and Jerry McCan.
Visitation will be held on Friday April, 22, 2022 from 11-1 pm at the Plymouth Church of the Brethren, 1130 N Michigan St. Plymouth, IN 46563. Funeral services will immediately follow with Pastor Tom Anders officiating.
Burial will take place in the New Oak Hill Cemetery, Plymouth with military honors.
Memorial contributions can be made to the Plymouth Church of the Brethren, 1130 N. Michigan St. Plymouth, 46563 or to Center for Hospice Care, 112 S Center St C. Plymouth, IN 46563.
Condolences may be sent to the family through the website:  www.johnson-danielson.com<http://www.johnson-danielson.com>