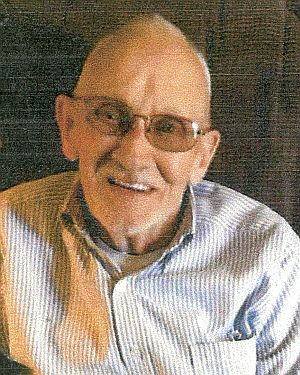 David L. Ferris, 83, passed away Wednesday morning, March 30, 2022, at his home in Osceola, Indiana.
Born in South Bend, Indiana on January 26, 1929, David was the son of Henry M. and Emma Agnes Elizabeth (White) Ferris. He graduated from Plymouth High School with the class of 1957.
David would marry Sue C. Denney on April 28, 1962, in Plymouth. And to this union came two sons, Mark and Paul.
He proudly served in the U.S. Army until his Honorable Discharge in 1968.
He worked for Key Bank in Plymouth for 30 years until his retirement in 1996. He did car sales for about 5 years then moved to a part time position delivering auto parts for Napa Auto Parts. David was formerly involved with the Osceola Club.
David is survived by his loving wife of nearly 60 years, Sue, and their sons, Mark A. (Katherine) Ferris of Gamer, NC and Paul D. Ferris of South Bend; grandson Allen Ferris; brother Don Ferris of Plymouth; niece Susan (Thomas) Breeden and nephew Mike (Shellie) Eyrich.
He was preceded in death by his parents and sister, Shirley Eyrich.
A graveside service will take place on Friday, May 13, 2022 at 11:00 am in the New Oak Hill Cemetery with military honors.
Memorial contributions can be made to Riley Children’s Foundation: 30 S. Meridian Street Suite 200 Indianapolis, IN 46204 or Pet Refuge: 4626 S Burnett Dr, South Bend, IN 46614.
Condolences may be sent to the family through the website:  www.johnson-danielson.com<http://www.johnson-danielson.com>