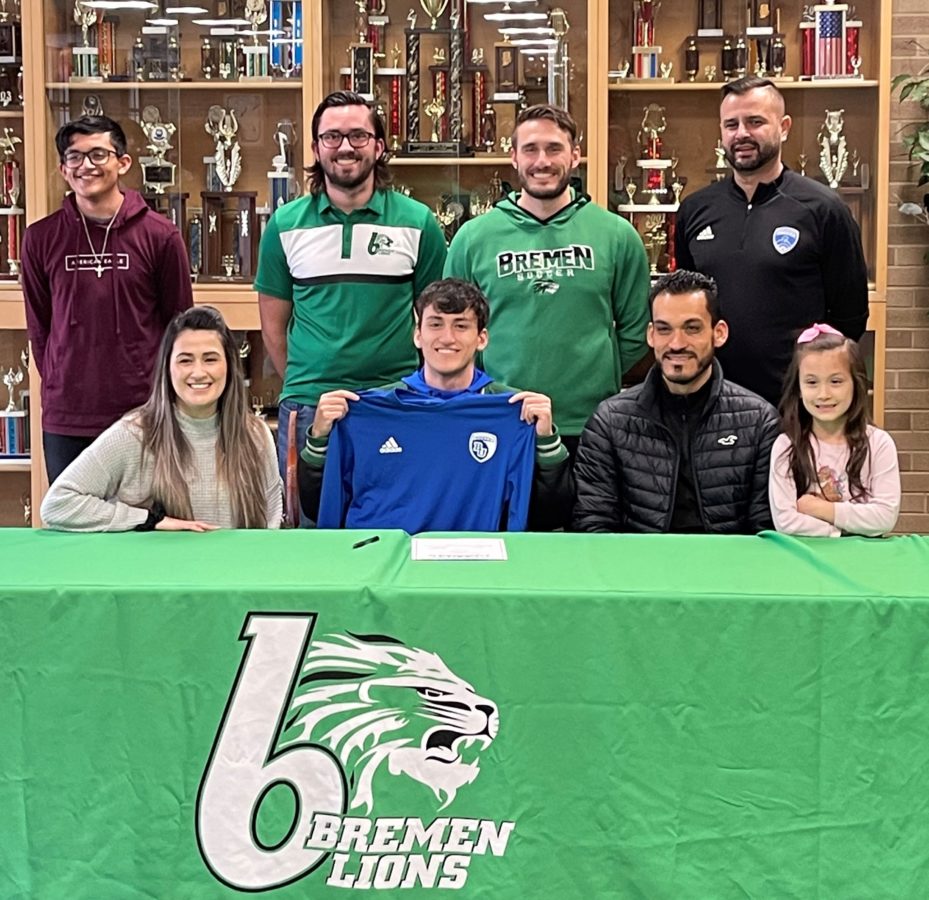 BREMEN — Alex Alvarado has signed a letter of intent to attend Bethel University where he will study sports management and play soccer for the Pilots.

During his playing career, the Lions compiled a record of 41-11-4. Bremen finished its 2021 campaign with a state ranking of 16th and an overall record of 16-3-1. While Alex was breaking the school record for assists in a single season, Bremen Soccer established records for most goals in a season and the best goal differential allowing only 14 scores on the year.

Despite missing his entire sophomore season, Alvarado graduated as the 5th highest point scorer in program history with 47 goals and 25 assists. The United Soccer Coaches Association awarded the team with their Ethics and Sportsmanship Award and the Indiana High School Athletic Association honored the 2021 seniors with its IHSAA Sportsmanship Award.

In addition to being named the 2021 Most Valuable Player of the NIC South, Alvarado was twice named All-NIC 1st team and received NIC honorable mention as a freshman.

Alex is the son of Alfredo and Yesenia Alvarado.

Bremen High School Head Soccer Coach, Mark Yoder stated, “Alex made it clear from the beginning of high school that his goal was to play collegiate soccer and we are excited to witness the fulfillment of this dream as he signs for Bethel University. On a team blessed with senior leaders, he captained one of the most successful seasons in our program’s history and showed real grit and mental toughness playing through injury to help win the 2A Sectional Championship. Alex’s technical ability and tactical awareness allow him to impact a game as an individual, but his true strength is creating opportunities for his teammates, a stat highlighted by his record-tying assist tally this season. It is fantastic to coach a player who is willing to give everything in practice and never stops trying to learn and improve.”

“The coaching staff, players, and Bremen soccer community wish Alex much success as he transitions to the college game and we know he will continue to play with the heart of a Lion when he puts on the Pilot jersey.”