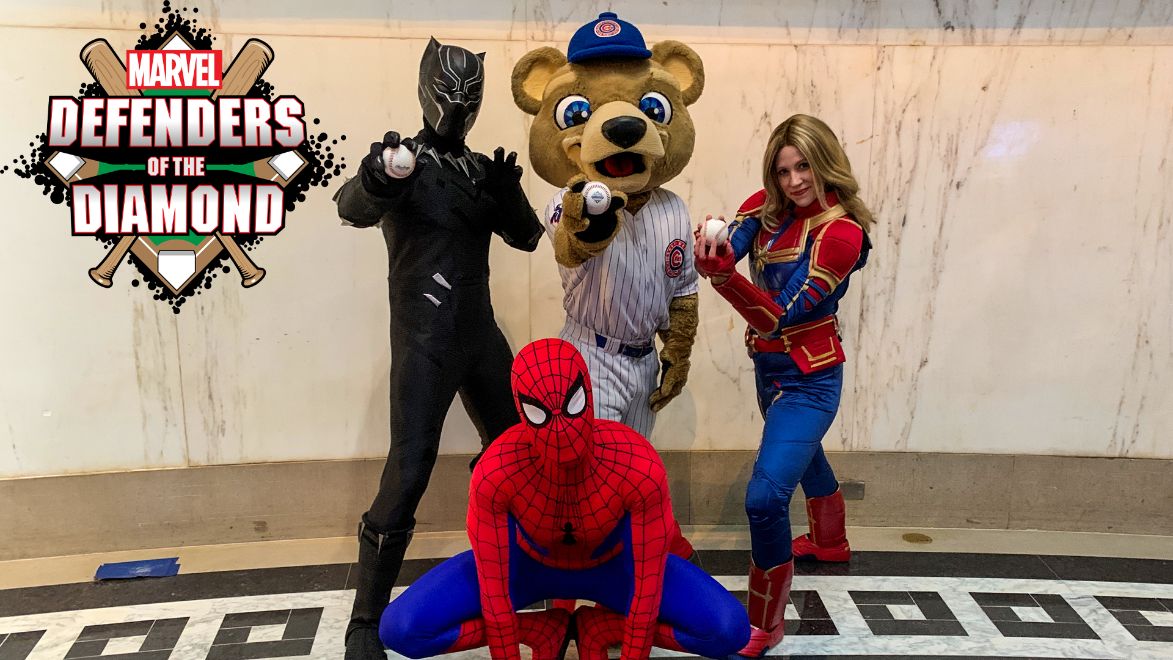 Storytelling giant to develop content for teams and ballparks across the United States.

CHICAGO – The South Bend Cubs in conjunction with Minor League Baseball™ (MiLB™) today announced a three-year partnership with Marvel Entertainment, one of the world’s most prominent storytelling brands, for an exciting event series that will play out in ballparks across all levels of MiLB starting in 2022.

Today’s announcement was made at the “Marvel: Universe of Super-Heroes” exhibit at the Chicago Museum of Science and Industry, which celebrates Marvel history with more than 300 artifacts including original comic book pages, sculptures, costumes, and interactive displays. The South Bend Cubs mascot Stu D. Baker was on hand with a number of other mascots and Marvel characters.

“MiLB’s new partnership with Marvel Entertainment brings together two storied brands who create memories that are passed down from generation to generation,” said Kurt Hunzeker, Major League Baseball’s Vice President of Minor League Business Operations. “The possibilities with this partnership are endless and we look forward to some incredibly creative content, merchandise, and promotions.”

The new partnership will feature 96 MiLB teams participating in an event series called “Marvel’s Defenders of the Diamond” during the 2022 through 2024 baseball seasons. The deal was facilitated by AthLife, Inc, Marvel’s longtime sports representative.

In each of the three years of the partnership, all 96 participating MiLB teams will host at least one Marvel Super Hero™ themed game as part of the “Marvel’s Defenders of the Diamond” campaign, where teams will wear special edition Marvel Super Hero-branded jerseys on the field during the game with other Marvel-themed activities and promotions taking place throughout the game. Fans may visit milb.com/marvel for the latest updates on the “Marvel’s Defenders of the Diamond” series.

“Over the past few years, we have seen the fans of Minor League Baseball truly embrace Marvel-themed games, so having a nearly league-wide partnership will allow us to take creativity and storytelling to the next level,” said Mike Pasciullo, Marvel Entertainment’s Vice President, Product Development and Marketing – Brand, Franchise & Sports. “And it wouldn’t be Marvel if we did not have a few major surprises to unveil along the way!”

As part of the wide array of custom content, it will create for the new initiative, Marvel will create a “Marvel’s Defenders of the Diamond” comic book for MiLB fans that will be distributed in participating MiLB ballparks throughout the partnership. Co-branded merchandise and other surprises will be unveiled in 2022.