Plymouth dominates second half in win 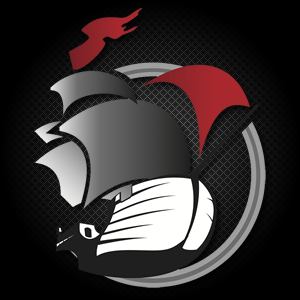 ARGOS – Both coaches could agree on one thing about a 7-2 Plymouth win over Argos in boys soccer action at Eugene Snyder Field on Wednesday.
“They did frustrate us early,” said Plymouth coach Grant Masson. “We weren’t playing the way we should be playing. We were giving them the room to play. That was part of the problem. The other was that we were making silly mistakes. We came out in the second half and made some adjustments and I think we realized if we didn’t do something we were going to get beat.”
“I think we did have them frustrated and I thought that would have given us energy,” said Argos coach Todd VanDerWeele. “We’ve struggled against the big teams because right now we don’t have the numbers but you have to fight through that and not make excuses and tonight we leaned towards trying to make excuses at times.”
There were no excuses to be made early as Plymouth struck first less than a minute into the game, but from there the momentum shifted to the Dragons who answered with a long-distance bomb from Ben Rangel and a rebound goal late in the first half from Aden Mills to put them ahead.
“I thought Ben Rangel was outstanding in the first half,” said VanDerWeele. “I was feeling good the guys were playing hard and we had a chance for the third one and that’s when the game started to turn back.”
But that’s when Plymouth’s Selvin Pagoada took over.
“I’ve had nightmares of Selvin Pagoada for the last two years,” said VanDerWeele. “He’s just ripped us to shreds. He’s a heck of a player.”
It started late in the half with a perfect assist for a goal and before it was done Pagoada had assisted or scored in the next three Plymouth goals.
“Some of the young kids we had in there, Troy Hundt had a fantastic game,” said Masson. “Timmy Tremaine just needed a little break and when he came back in it took care of everything.”
“I’m super proud of these kids the way they played in the second half,” he said. “This is a team that clearly knows how to raise their levels and hopefully we don’t play that way in the first half again.”
The game ended on a somber note as Plymouth’s Abe Rebollo went down in front of the Argos goal with 2:04 to play with an ankle injury that required an ambulance to take him off the field.
At that point, the game was called in favor of Plymouth.