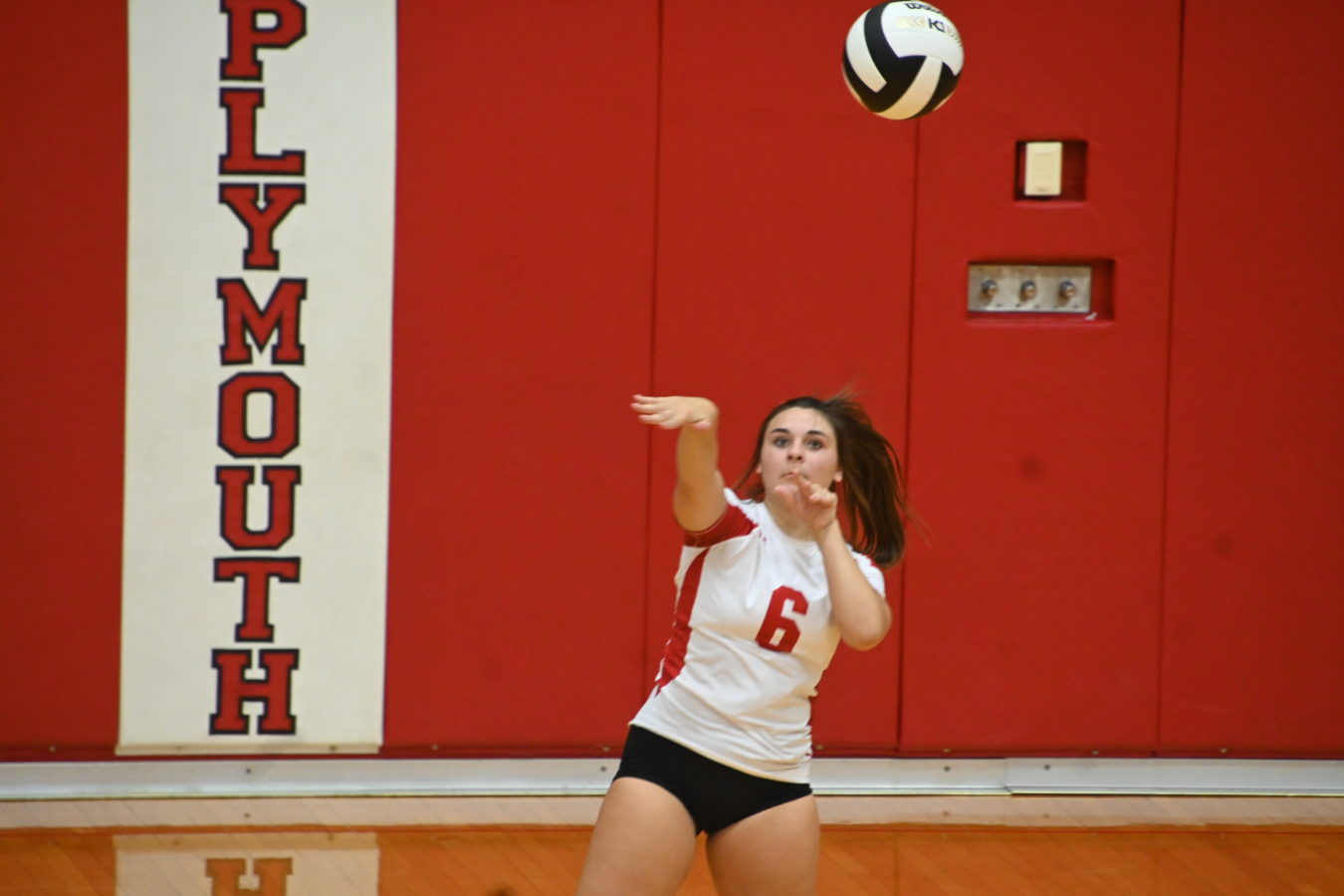 PLYMOUTH – Wawasee never went away but Plymouth’s volleyball team was just too much as they swept to a 3-0 NLC win 25-16, 25-20, 25-18.
While every Pilgrim that hit the floor the Plymouth senior leadership was evident from the beginning from Clare Sheedy, Maddy Figg and Chloe Holten.
“Our seniors have devoted so much of their time to becoming really, really aggressive, assertive athletes that can control the ball and control the pace of the game and you saw that tonight,” said Plymouth head coach Jon Hutton.
“Maddie moved around and goes across the net,” he said. “Clare just deals and plays defense as well and serves so well.”
The senior trio did everything well as Plymouth got solid contributions from everyone on the floor at any given time.
Wawasee traded blow for blow early but Sheedy hit a serving string that gave Plymouth some breathing room and finally a long volley won by the Pilgrims pushed them over the top in the set and they pulled away to a 25-16 win.
It would be a recurring theme of the night – Plymouth keeping the ball alive after some solid Wawasee shots and then winning the point.
“We had a couple of rallies where we’ve gotten to the point where our intensity is better,” said Hutton. “We scrap. We don’t let things stop. We are always looking to finish the ball and attack the ball instead of just free balling it over.”
Wawasee was far from finished after the first set, pushing the Pilgrims in the second frame and coming up just short.
Plymouth finally got some breathing room stretching to a 17-13 lead but it was a battle to the finish.
“We struggled a little bit with our outside hitting,” said Hutton. “We hit a run where we just couldn’t seem to find the court and that gave them a little momentum, and they are a good team. They are a very efficient team. If you don’t clamp on them they are going to take stuff from you.”
Early on in the third set, the Pilgrims won a long volley with each team making spectacular saves on solid shots by the other. In the end, Plymouth would get the kill, and run to an 8-2 lead seeming they would overwhelm the Warriors.
It was not to be as Wawasee fought back to within one at 12-11 and while they never backed off they would never be that close again as Plymouth pulled away to finish the set.
There were plenty of kudos to go around as the Pilgrims showed their depth with a host of players stepping up in the front line and the backline as well.
“It was exciting to see Ellie (Jones) really get down,” said Hutton. “She was really under that ball and not letting anything hit the floor. She was owning her court.”
“We have some depth,” he said. “This is one of those years where we have a little more depth than we’ve had in a while. It’s nice.”
Plymouth is unbeaten in regular-season action and is also unbeaten in conference action. They take on NLC foe NorthWood at home on Sept. 9.